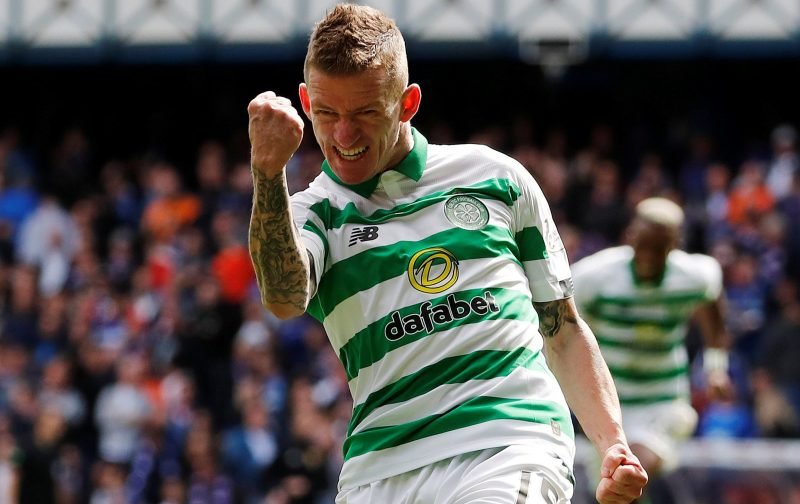 Celtic have begun preparations for next season – whenever that may be – according to Football Insider with the news that Jonny Hayes is expected to be offered a new deal and Craig Gordon will be allowed to leave.

Hayes is out of contract at the end of June and despite all the fixture uncertainty, it now looks as though he will be given the chance to extend his stay at Celtic Park when at one point it seemed as though he was heading for this exit door with clubs queuing up.

Neil Lennon’s shift in formation has been of particular benefit to the Republic of Ireland international with the converted winger able to play as a left-back, left wing-back and winger in any of the formations that the gaffer decides to go with.

Like James Forrest on the opposite side, he also gives him the in-game flexibility of being able to change shape without having to make a substitution – a manager’s dream.

For Gordon, on the other hand, the writing has been on the wall for some time with Scott Bain given a long-term contract and the club keen to tie up Fraser Forster to a permanent deal, the odds on the Scotland international making a return to first-team action get longer by the month.

At 37-years-old, he will be looking for one last club to finish on a high and could still be trusted to do a job in the Scottish Premiership for any team outside of Glasgow and may yet harbour ambitions of a return to the national side if he can re-establish himself once again.