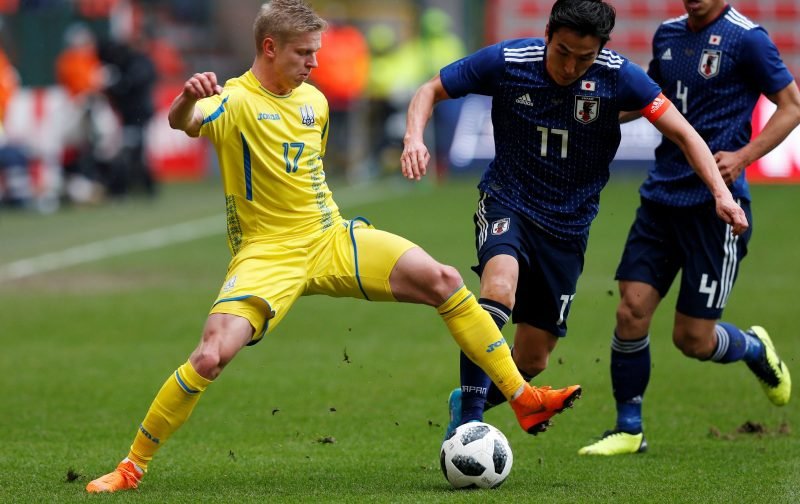 Celtic will not be pursuing a deal to bring Manchester City talent Oleksandr Zinchenko to Glasgow, according to latest reports from The Scottish Sun.

Reports in Spain had suggested the Hoops were rivalling the likes of Real Betis and Girona for his signature, with UK outlets subsequently reporting similar.

However, The Scottish Sun say that the club are not looking to sign the midfielder, although are still on the hunt for a midfield talent after missing out on the signing of John McGinn.

Rated at £13.5m by Transfermarkt, Zinchenko is a serious talent having made the breakthrough at Russian side Ufa and Dutch outfit PSV before winning a big move to Manchester City.

He made 14 appearances for Pep Guardiola’s side last season, including a start in their last 16 UEFA Champions League clash against Basel, which highlights how talented he must be considering their strength and depth at the moment.

To date, he has also won 17 caps for the Ukrainian national team.

Bringing him to Celtic Park, even on a loan basis, would have been a serious coup, but sadly it appears to be a complete non-starter.

With just over a week until the end of the transfer window, fans are hoping to see movement in terms of incoming players soon, with everyone growing increasingly restless about our failure to improve the squad this summer.

Who do you want to see arrive at Celtic Park in the final week of the transfer window? Let us know in the comments below…