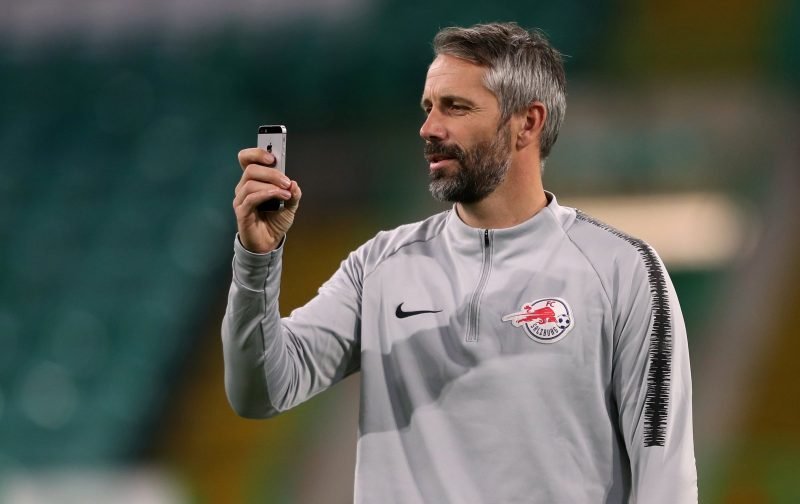 RB Salzburg manager Marco Rose has had his odds of becoming the next permanent Celtic manager slashed, as reported by The Daily Record.

The paper say that the German entered the betting market surrounding the post at 33/1, odds which have been reduced to a pretty short 5/1.

That makes him now second favourite behind current interim boss Neil Lennon, who sits at Evens to be appointed beyond this season, according to the report.

Marco Rose would certainly be a name that excites supporters considering the incredible job he has done with Salzburg over the last couple of seasons.

Last term he guided them to a league title and a narrow UEFA Europa League semi-final defeat and this season they are already 11 points clear at the top of the Austrian top-flight, having also progressed into the last 16 of the secondary European competition.

That’s the kind of pedigree that would inspire Hoops fans and have them dreaming of success not just at home but also abroad.

The emotional choice is clearly Neil Lennon, but can the club do better than the former captain?