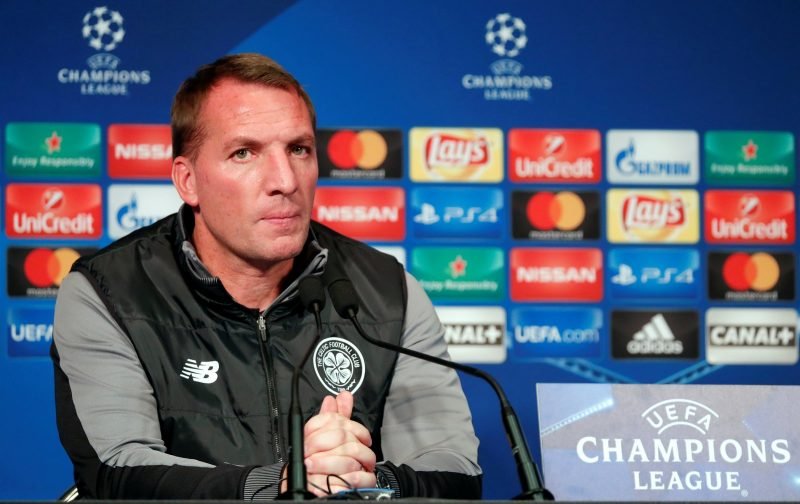 Brendan Rodgers has spoken at length about the lack of transfer activity at Celtic this summer, believing that the club are trying their hardest to add the quality to the squad that he needs as a manager and coach.

No new players have arrived at Celtic Park since last season, save for the permanent signing of Odsonne Edouard after his loan spell, which was admittedly a big outlay for the club.

Much has been said about the club not strengthening, especially with first team players like Stuart Armstrong and Erik Sviatchenko leaving permanently and loanees Patrick Roberts and Charly Musonda returing to their parent clubs.

The Celtic manager has now admitted that the squad is weaker than last year and wants help for the players he is currently working with, but understands that the club are working within a strict budget.

We’ve got a core that really connect to how we work but we have to bring in quality.

Now that’s then what goes over to the club, and then the club will look to then do their best, which I believe they are, their very best, to get the level of quality that we need in and that’s going to help us improve because that’s what’s important.

I love working with the players that we have. Continuity in football sometimes gets forgotten about because people just want to recycle players.

But when you get to a state like our club is in, which is very healthy, very strong, lots of great value within the squad, with lots of growth left in them, that’s great.

Our job is to improve that. You also need to strengthen. We aren’t as strong a squad as what we were last year.

We have lost players. I think everyone can see that, but the club know that as well. We all push to try to get in the best quality that we can to make us better.

The players that we have need help. We are down on what we were.

The manager has also confirmed nothing has changed in terms of how the club works on bringing players to the club after his comments about Daniel Arzani last week raised question.

Rodgers says that the way things work now is the way they were when he came into the job on day one.

These definitely come across as honest and earnest comments, and it’s refreshing to hear him admit the squad isn’t quite where he wants it to be in terms of personnel, as well as going on record to say the club need to make signings.

It all means we could be set for an important August of transfer window action.

What are your thoughts on Brendan Rodgers’ comments? Let us know below…