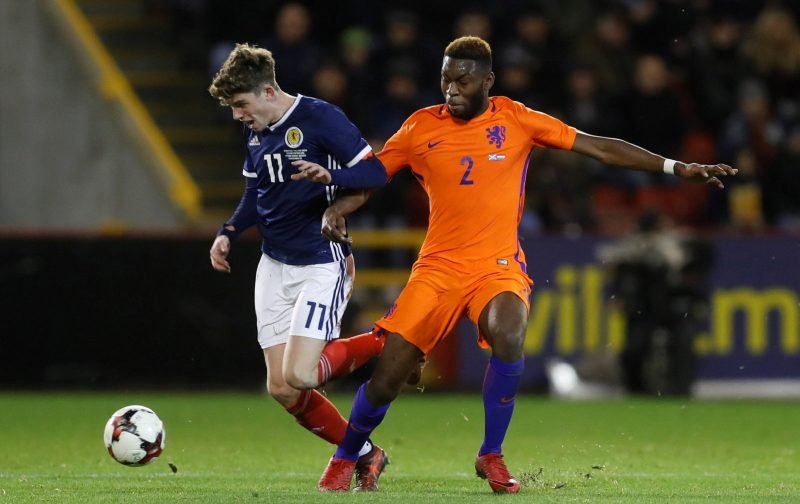 With Celtic’s pre-season well underway in Austria, the attention of supporters is being turned away from what is some exciting World Cup action to the goings on with the Hoops’ first team squad.

The schedule of friendlies continues and vital European qualifiers are on the immediate horizon, with the Hoops set to travel to Armenia to play Alashkert next Tuesday.

For established stars in Brendan Rodgers’ first team, this stage of pre-season is mostly about building fitness ahead of those competitive challenges.

However, for others, such as Ryan Christie and Scott Allan, it’s a rare chance to prove in the surroundings of Rodgers’ squad that they have a first team place at the club this season.

In the case of Christie specifically, he’s shown enough progress out on loan at Aberdeen that demonstrates he could be ready for a bigger role in the Celtic set-up.

The Scotland international was one of the Dons’ stand-out players last term, scoring eight goals and assisting an impressive 15 times in 42 appearances, demonstrating he has a cutting edge in the final third that could be a massive benefit to the Hoops at Scottish Premiership level.

Brendan Rodgers has spoken this week about a potential path to the first team for Christie, believing that Dedryck Boyata is a shining example of what can be achieved with the right motivation.

As quoted by The Scottish Sun, the manager said of Christie and Allan:

Both players have looked very good. When I look at Ryan’s situation, it was to get him out and get him stronger. The Aberdeen loan was perfect for him.

It’s partly where these boys see themselves as well. I might want to keep them but if I can’t give them as many games as they want it’s difficult. But both boys have come back looking strong and looking fit and have done very well.

I never rule out any player. I use my eyes, at how they train, I look at their commitment. You mention a guy like Dedryck Boyata. You get players that initially were out of the team, but they get better and they improve.

Then all of a sudden they are in the team and they are performing very well. So I don’t rule out any player, especially when you’ve got good players.

Those comments should serve as the motivation Christie needs to fulfil his potential and blossom into a Celtic regular. He’s watched young Scottish players like Kieran Tierney, Callum McGregor and Stuart Armstrong become mainstays in the starting eleven.

Now it’s up to him to replicate his Aberdeen form in the pressurised environment of Celtic Park with the opportunities that come his way this summer.

This season could be a make-or-break one for him as a Hoops player and with the departure of players like Armstrong and Patrick Roberts, there’s never been a better time to make an impression.

Do you think Ryan Christie has a Celtic future? Have your say in our poll below…