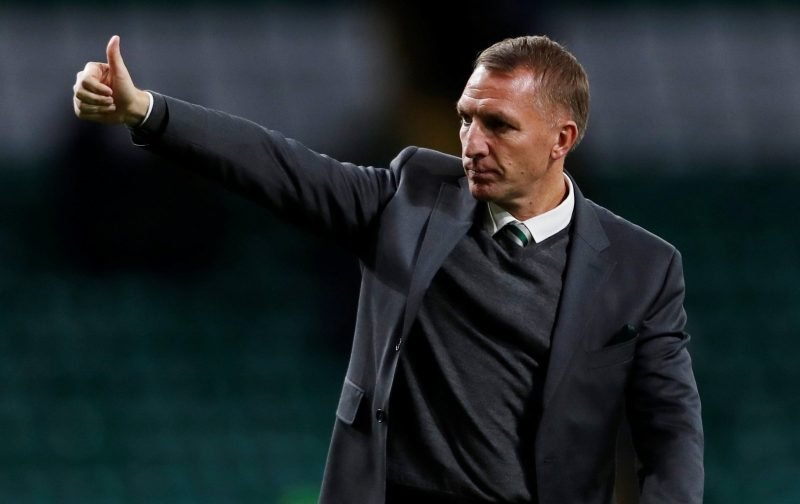 The Bhoys launched their double-treble commemorative DVD last night at an official opening as we look back on last season’s success.

Another historic season in the vast annals of this club, the double treble will be remembered fondly and hopefully, it’ll be the building blocks for another this season.

Certainly, it was an excellent feat and the likes of Brendan Rodgers and Scott Brown were there to celebrate the launch.

???? Brendan Rodgers on @ScottBrown8: ”On the field and in the changing room, Scott gives his life to #CelticFC. If you were going to war, he's the first one you'd take with you.” #DoubleTreble

Certainly, this probably underlines perfectly what we have missed at times this season.

Though in recent weeks we have picked up we are still not where we need to be and at times we have lacked a bit of direction.

Brown has been injured, of course, and so that is no surprise so hopefully when he is back we’ll really motor on to more domestic dominance this season.