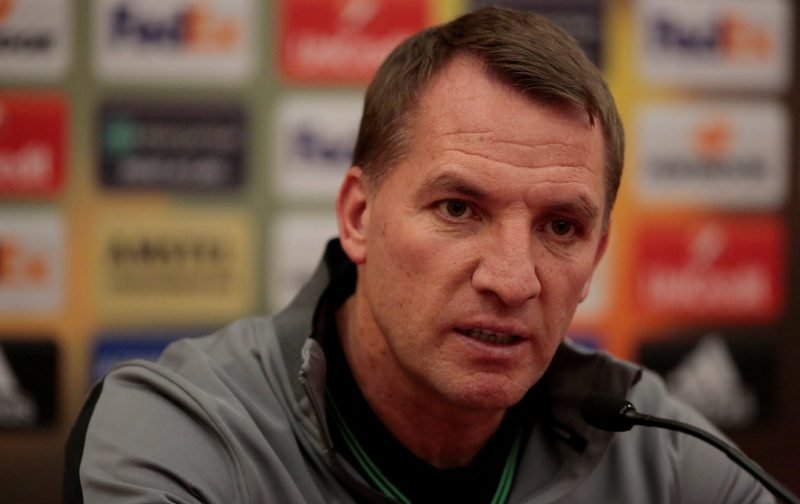 Brendan Rodgers has spoken at length about Celtic’s need for new players this month as we head into the final few weeks of the transfer window.

Fans have been digesting comments he gave to broadcast media at his press conference earlier on Tuesday, but the latest quotes given to the written press, that are set to hit newsstands tomorrow, go much further and the message is crystal-clear to the Hoops board – his squad needs fresh players.

As quoted by The Scottish Sun, Rodgers said:

We need to complete deals. It’s as simple as that. One is identifying the players, which we do, and then get them over the line.

But you also need proven talent.

And there is an expectation here at Celtic to work, not just alongside the talent, but to have proven talent that’s going to allow us to grow.

This is the best time for improvement.

I’ve always said it, you can’t just wait and sit back. You’ve got to keep improving and developing and that’s something we need to do.

His desire for proper, first-team quality signings couldn’t be clearer and with the transfer window closing at the end of August, time is running out on the club identifying the right targets that can improve and compete in the squad.

The latest quotes come after reports that John McGinn could be set for a switch to Aston Villa instead of Celtic, after the club had a number of bids rejected by Hibernian for the midfielder.

Can the decision makers and money men at Celtic now prove they are backing the Hoops boss and delight everyone with a bit of added quality to the current crop of successful players?

What do you make of Brendan Rodgers’ comments? Let us know by leaving a message below…