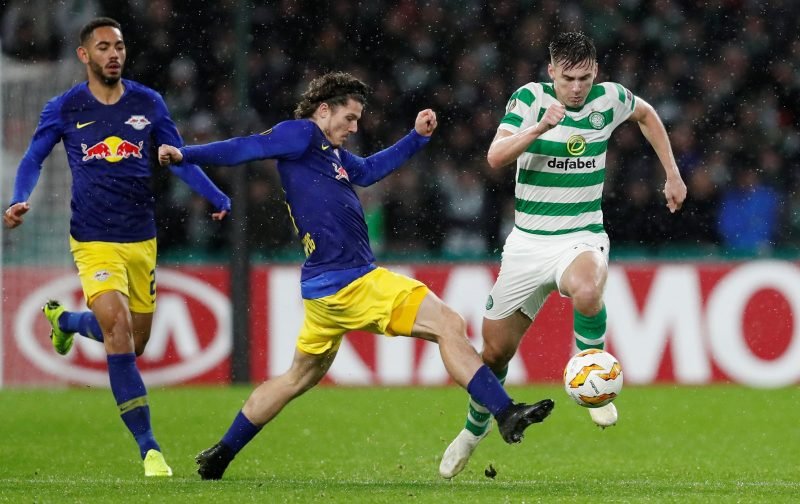 A number of clubs are said to be tracking Celtic star Kieran Tierney ahead of the summer transfer window, as reported by The Scottish Sun.

The paper say that Serie A sides Napoli and Inter Milan are both keen on the defender and his injury problems have not put them off ahead of a potential £20m-plus switch to Italy.

They aren’t the only clubs interested in the Scotland international either, with the report also stating that Arsenal and Brendan Rodgers’ Leicester City are both admirers of the 21-year-old.

Tierney though still seems happy at Celtic, even after the departure of Rodgers, and with his contract not expiring until 2023 then the Hoops hold all the cards when it comes to a potential departure.

With a ninth and potentially tenth title in a row to fight for, Celtic fans won’t be wanting Tierney to leave anytime soon knowing that he is one of the team’s most important players.

The young left-back has been consistently linked with a move away from the club for a number of years now and it’s likely to continue throughout the upcoming transfer window.

As always, the reality of an exit is slim.

Can you see Kieran Tierney leaving Celtic any time soon? Have your say in the comments below…