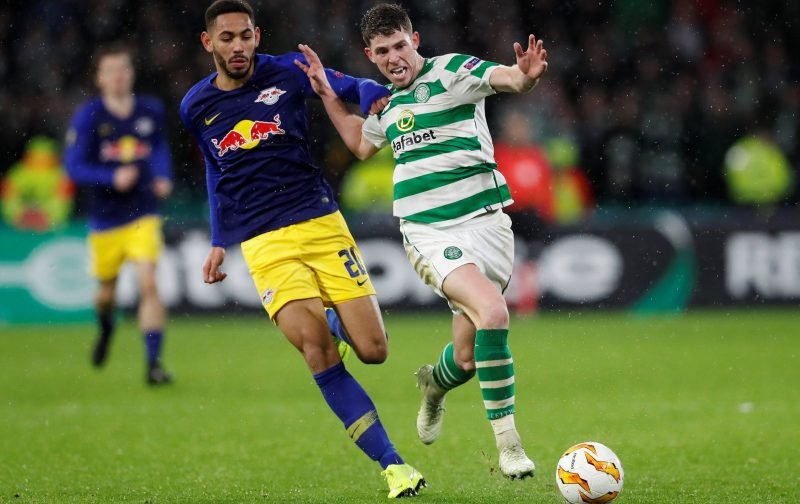 Celtic’s loss against Rangers was a blow, there’s no way around it. If nothing else, it proves that we’ve got a fight on our hands this season to retain the title, and so it’s vitally important that we continue to improve this season.

It would be easy for the Celtic squad to be in a negative state of mind following our first derby loss in years, but Ryan Christie has offered more than a few reasons why it’s a time to be optimistic at Celtic Park.

Ass per the official Celtic website, he said: “After the disappointment on the 29th, we took a second to recap and realised – we’re in the last 32 of a European competition, we’ve won a cup, we’re top of the league and with a game in hand”.

He continued: “We’re still in a very good position, but there’s obviously plenty of work to do coming up. We want to make this a really good season, and we need to keep working hard to achieve that”.

An Old Firm loss is always tough to get over, especially because we haven’t had to deal with that for a while. However, as Christie says, even if you consider that loss, we’re still looking strong.

In particular, we’re still top of the league, despite dropping 3 points against the Gers, and that just goes to show how well we’ve been doing of late.

Do we need to improve? Of course, and a few big signings wouldn’t go amiss, but there’s no reason to be downbeat, and every reason to be optimistic about the second half of the season.