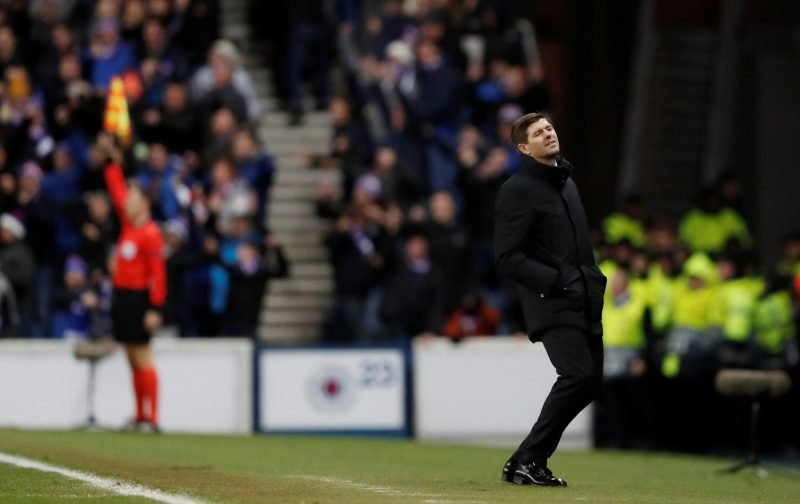 The Dons will now face Neil Lennon’s outfit at Hampden in the semi-final in a massive test on the road towards a ‘treble treble’.

Goals from from ex-Celt Niall McGinn and Connor McLennan in each half were enough to see Derek McInnes’ team through, breaking Rangers fans’ hearts and providing great hilarity to Celtic supporters.

The Gers’ season is now effectively over given they are also sitting eight points behind the Hoops in the Scottish Premiership with just nine games remaining.

After a big name manager arrived, millions were spent on loads of new players and stars like Jermain Defoe arrived, ultimately all they have to show for it is the same as last season, and even Graeme Murty took them a round further in the Scottish Cup.

March 12th and Rangers season is over. Thank you to everyone who played their part in making this season as special as the last few. The Rangers board, the media and their incredibly gullible fans. Beautiful stuff. Same again next year please.

Cheer up, Steven Gerrard…
Aberdeen boss Derek McInnes beats Rangers for the 3rd time in Glasgow this season & puts them out of the Scottish Cup & probably ended their season. Gerrard's big names- Defoe, Davis & Lafferty- are all past it.Did they get the wrong manager last year?

Of course what Rangers needed was a striker of quality to get them through this tie, someone in the £20m price bracket. Someone like Moussa Dembele.

That club are absolutely rotten pic.twitter.com/RXgbPYqLz3

Brendan Rodgers had a lot of success at Celtic but he never gave us Rangers and the Tories losing on the same night.

As a player Steven Gerrard didn't have a reputation as a top finisher.
As a manager though, he's finished Rangers season in record time .

On the 29th of December Rangers recorded their first league win over Celtic in 7 years.

They moved level on points, and Steven Gerrard was hailed as this master tactian who was gonna stop Celtic's dominance.

73 days later and their season is over.