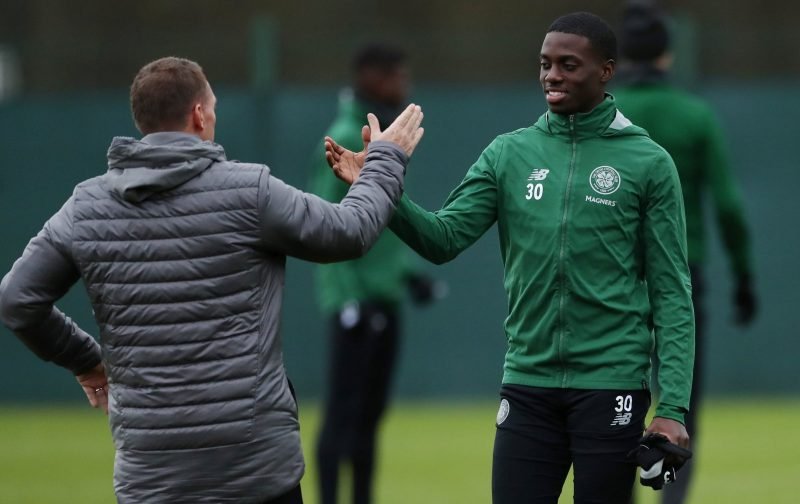 As quoted by Le Parisien via Football Scotland, on loan striker Timothy Weah has revealed just how much he is loving the club at the moment.

The forward has been pretty decent since arriving from PSG in the January window and he certainly looks a bright young talent.

What can he do in the future? That remains to be seen, but it seems as though he is loving it at our club.

“It’s kind of the same in Paris, but there’s a difference at Celtic Park which is an old stadium. I’ve never seen anything like it.

“The team is doing well and I’m very happy to be here, it was a really good choice.”

This is the sort of thing you want to hear from a young footballer who is clearly loving it here and wanting to make an impression.

He clearly gets the club which is impressive in itself and it suggests to me he might well be open to staying past this season.

It remains unclear as to what Neil Lennon wants to do in the window – if he even stays for the summer and next year – but asking the question for Weah would make sense.

The signs are there to suggest this exciting talent would consider signing.