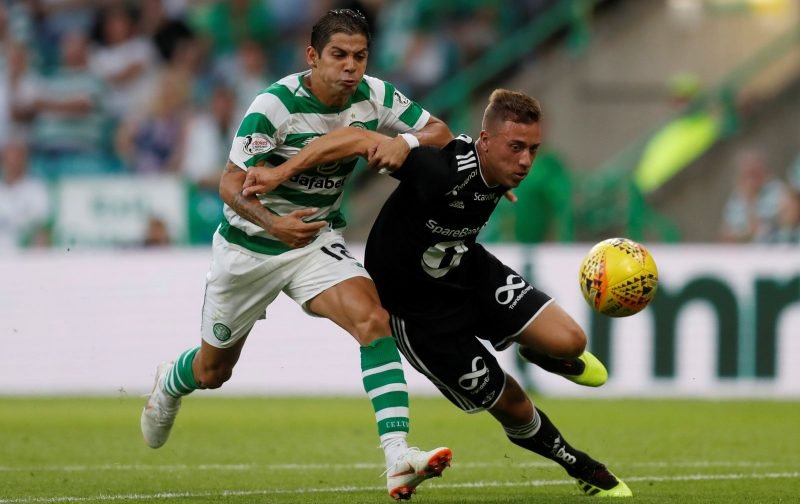 Celtic are likely set to see a number of players leave this summer and we can certainly expect to see that kick-off next week after the Scottish Cup final.

It makes sense to get the game with Hearts – and hopefully the celebrations – out of the way before starting to shake the squad up but the leaks are coming out all of the time.

Indeed, the partner of defender Cristian Gamboa appears to have confirmed that the South American is going to be leaving the club in the summer window.

They’re saying goodbye to some of the Bhoys right now, then, and that really does suggest that he’ll be off before too long.

It’s perhaps for the best, too, as though he’s always worked hard we perhaps need extra quality to really build and make an impact in Europe in the coming years.