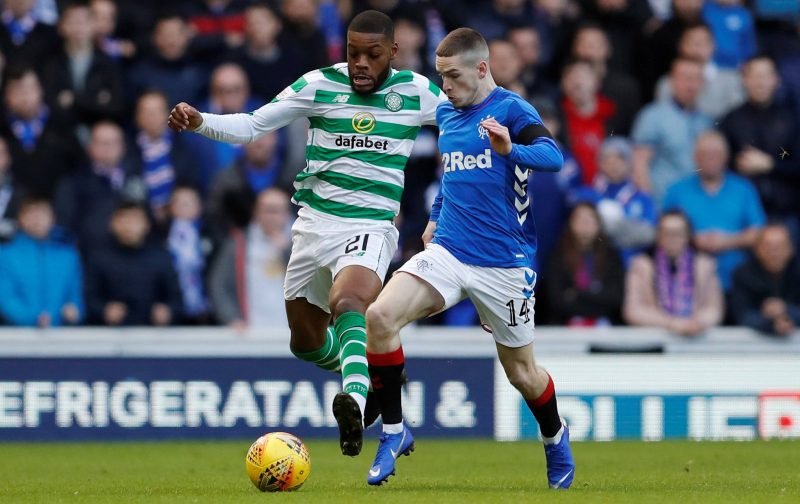 Radio pundit Jim Duffy believes Celtic could make a move for on-loan Liverpool winger Ryan Kent this summer, who is of course currently plying his trade at Rangers.

Kent has impressed Gers supporters this season with his wing play, although it looks unlikely they will be able to make a transfer move of their own considering the Anfield side have placed an £8m-£10m price tag on his shoulders, a fee beyond the capability of Steven Gerrard’s side.

As a result, some are now speculating that the Hoops might be interested in bringing the player across Glasgow, considering our spending ability in the transfer market.

He’s a Liverpool player and yes, he’s played for Rangers but he’s not a Rangers fan.

He’s not been brought up in this. Even if he was nowadays, if a bid is accepted…

His final ball, he’s got to create and assist more, he’s got to score more goals. There’s times when he goes past people but there has to be more of an end product.

I’m not sure he’s ready to come up and play for that kind of money. If it was somewhere around the £7m mark then it might be an investment for Celtic.

Kent may have had a decent debut season in Scotland and provided some sort of value to Rangers as a loan signing, but at the fees being mentioned right now there is absolutely no way we should be making a move for him.

His paltry five goal total this season is less than a third of what Scott Sinclair has contributed in a Celtic shirt this season, with the Liverpool man also languishing behind the Hoops man on the assists table too.

At 22-years-old he may have fine potential, but we should be looking for an upgrade on Sinclair, not a player struggling to match his attacking threat.

Surely there is better value out there in the transfer market?

Would you make a move for Ryan Kent this summer? Share your thoughts in the comments below…