‘Superb’, ‘Only one with pass marks’ – Celtic fans did enjoy one performer yesterday despite draw 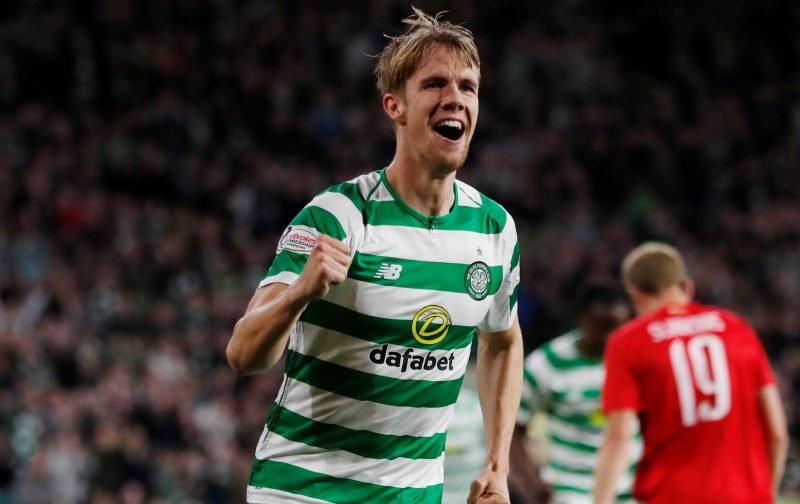 Celtic failed to extend an eight point lead at the top of the Scottish Premiership on Saturday, only managing a 0-0 draw at home to Aberdeen.

It had been a perfect opportunity to really turn the screw on Rangers after they dropped points against Hibernian on Friday night, but the Hoops couldn’t find their way to goal against Derek McInnes’ men.

It was certainly a frustrating day for supporters, who failed to find many positives from the 90 minutes.

One star who did impress though was defender Kristoffer Ajer, who seemed to be at the heart of everything throughout.

Given the opportunity to push forward with the ball from defence, he also had to make a number committed tackles to keep the Dons out at the other end. He even had a goal disallowed when he rose from a set-piece and headed home, only for it to be ruled offside.

Still just 20 years of age, he has enormous potential and fans are excited about his future, feeling that yesterday was a glimpse ahead to when he is big player for us on a consistent basis.

Big ajer is a player

Ajer and Boyata were our best players today. Nuff said.

Probably KT's worst game for #Celtic. Toljan poor as well. Boyata and Ajer easily our best players, but Lenny needs to figure out the attack ASAP.

We really miss Christie and Mcgregor in that midfield. I think Henderson and Ajer have been terrific for us today. Not enough from Burke or Toljan. Expected so much more from Toljan to be honest.

Love watching Ajer play, the big man wears his heart on his sleeve.