Sutton claims there is “no room for experimentation” as £5.5m duo come under fire 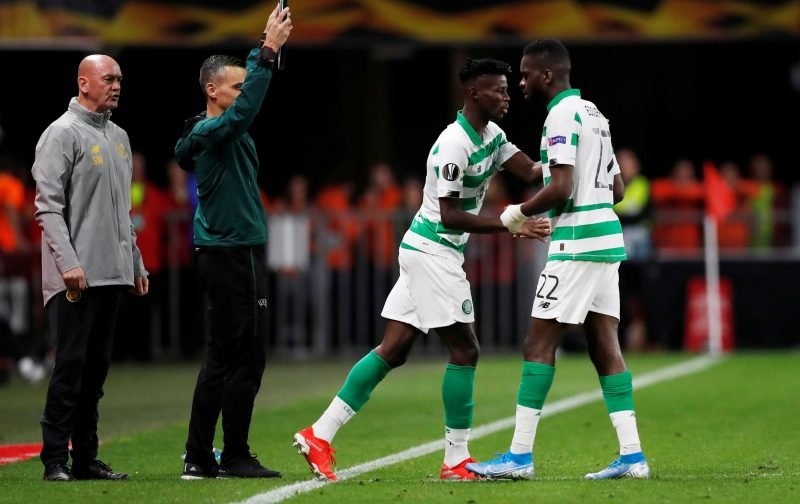 Hoops legend, Chris Sutton, writing in The Daily Record, feels that the pair have to make their mark or face the exit door from the Parkhead club.

So what has Sutton said?

Never shy to voice his opinion, Sutton claims that the duo have to be doing more for Neil Lennon’s side given the money paid for the strike pair:

“So much has happened over the past few months, it could have slipped the mind Celtic paid serious money for the Polish striker (Klimala).

“To see he’s come looking bulked up and hungry to make an impact is promising news – and it might save Neil Lennon dipping in to his transfer budget.

“It’s not even like they can be allowed to take their time and develop. This coming season is so huge there is no room for experimentation. Everyone who is in that squad needs to be ready to play their part.

“Klimala might not have cost a lot of money in English terms, but £3.5million is a more than decent outlay for Celtic in the context of Scottish football.

“It’s the same with the £2m for Bayo.It would be harsh to judge the pair at present though. Bayo has had wretched luck with injuries since coming to Scotland and Klimala only had a few minutes here and there to make an impression.

“At the moment Lennon will probably be thinking about adding another striker as back up – it’s up to Klimala and Bayo to show him there’s no need.”

So is Sutton correct?

For Klimala and Bayo, it is very much a case of the cause and effect, they simply can’t display what they are capable of if they aren’t given the chance to prove it on the pitch.

The success of Lennon’s 3-5-2 after the winter break displayed Odsonne Edouard and Leigh Griffiths at their absolute best and the fringe pair will only be shoehorned into the side if either of the first choice duo are injured or in need of a rest.

Sutton has to be realistic, both players are still young and shouldn’t be jettisoned just because they can’t displace two players of such obvious quality, especially so soon after arriving, it may be that one of them goes out on loan to continue their development whilst the other stays as a back-up – and with the likes of Ryan Christie, Olivier Ntcham and James Forrest still in the squad, Lennon knows he can change formation and still expect to be successful, without needing to splash the cash.