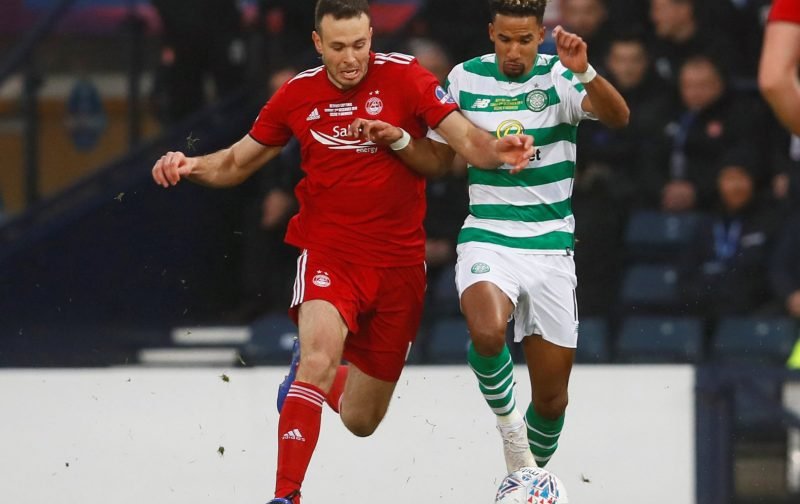 Celtic winger Scott Sinclair is a summer transfer target for English Championship side Middlesbrough, as reported by The Scottish Sun.

The paper say that the Hoops have activated a one-year extension clause on his current contract but that he could end up leaving Celtic Park for a £2m fee.

Brought to the club by Brendan Rodgers back in 2016, Sinclair has been a great success at the club, scoring an impressive 60 goals and assisting 34 times in the three seasons since.

He’s had his fair share of critics over the last 18 months though with many feeling his game has become far too one-dimensional, despite the healthy regular goal contribution.

With the upcoming transfer window likely being our last chance of securing a fee for him then the 30-year-old’s exit makes perfect sense.

He is currently rated as worth £3.6m by Transfermarkt.

Hoops fans are looking forward to the arrival of Maryan Shved and return of Daniel Arzani this summer. Can the duo replace the amount of goals Sinclair guarantees?

Celtic should take the money and run, we have seen the best of Sinclair unfortunately. He will be on a few quid as well.

He performance level has been really poor for a while. Aside from Aberdeen x2 this season, have his goals been match defining & won us points? Don’t have details myself but sense he’s become a score 3rd in a 3-0 win v Dundee type of player. No offence to him/them. Would sell.

Sell sell sell. He's like a man down most days, confidence shot, looks like he's starting to slow down a bit as well.

Sell if true. One dimiensional and heart of a pea. An expensive pea.

Would you sell or keep Scott Sinclair this summer? Share your thoughts in the comments below…