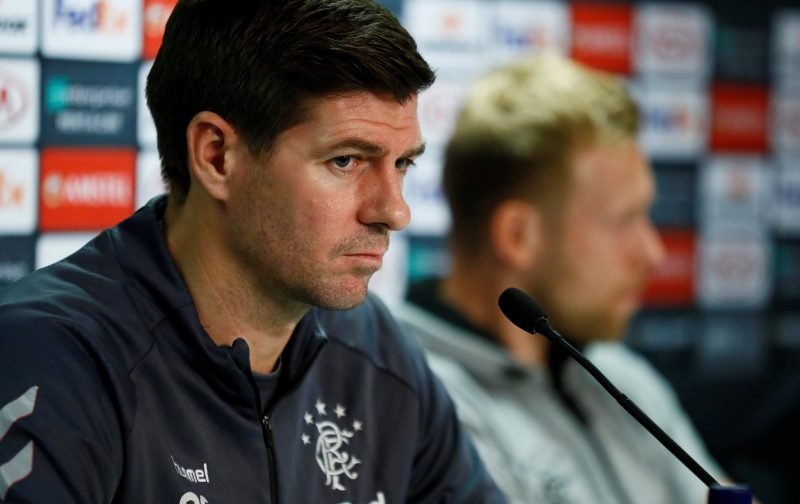 Celtic fans have mocked Rangers manager Steven Gerrard for comments he made in his pre-match press conference on Friday.

The Ibrox boss went off a bit of a rant about Celtic Park not being a ‘lion’s den’, taking the metaphor a little literally when asked by one of the attending journalists.

As quoted by The Daily Mail, he said: “What do you mean by lion’s den? There’s not going to be any lions there, is there? It’s a football pitch, the same size as the one we play on at Ibrox. It’s 11 men versus 11 men. I have never known a fan to win a football match. A set of fans can make noise and make the atmosphere very interesting for everyone that we can all enjoy. But it’s not a lion’s den. A lion’s den is if you jump over a cage and you’ve got four lions chasing you and you are fearing for your life.”

Up there with some of the worst and most bizarre media stuff during Pedro Caixinha’s time at the club, the Liverpool icon is perhaps feeling the strain of being ten points behind Celtic at the top of the Scottish Premiership.

Neil Lennon and his side will welcome Gerrard’s team to a sold out Celtic Park tomorrow and the decibel levels may just be a little bit higher when the teams come out than they would’ve been before those comments.

Fans have reacted with humour to the press conference, taking to Twitter to criticise and mock the Rangers man for his rather strange outburst…

Gerrard just comes across as a man who's not handling the pressure very well. A career largely spent with folk blowing smoke up his arse isn't good preparation for failure ????

I once had a great football career. Now I'm sitting doing an interview going off on one about lions. Thats what pressure does to you.

Gerrard made a double blunder yesterday.

Pressure is on Gerrard. Hes feeling it 100% https://t.co/vdZVdutsxE

I think we should all raise the noise level just for Gerrard. It's not a lions den? We'll make it one.! See you tomorrow sevco ????

Ffs Gerrard is heading for a breakdoon, just sitting mumbling away with incoherent shite about lions and allsorts ????

Gerrard hinks there's no gonna be lions there on sunday pic.twitter.com/Oy1DNEepnR