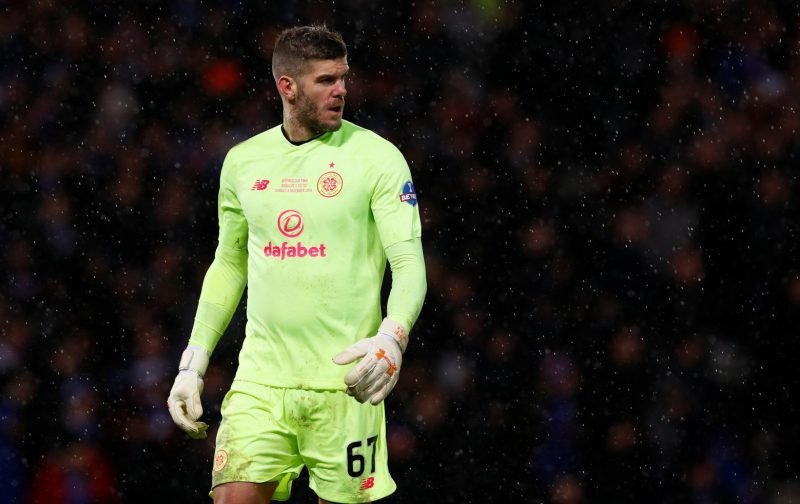 Another day, another goalkeeping whisper hits the Celtic rumour mill. From the potential return (yes, again!) of Fraser Forster as Southampton ,apparently, now are keen to cash in on the big ‘keeper to the persistent story doing the rounds of Manchester United’s Dean Henderson and Celtic’s “interest” to bring him to Parkhead.

First off, let me start by saying that Barkas has not had a fair crack at the whip. Settling into a new country and having the expectation of a £5m price tag for a goalkeeper was always going to be tough, but added to that the uniqueness of this season, the spotlight was always going to be on the big Greek and any mistakes he makes would always be scrutinised.  Secondly, the defence has not helped him one iota.  The amount of times our defence has been torn apart this season, any keeper would look suspect in the sticks. I would rather judge Barkas once we have a settled formation, first of all and then a settled central defensive partnership.

Let’s now address the elephant in the room. Fraser Forster should not be allowed to return to Celtic. This won’t be a popular opinion but there you have it. Listen, The Great Wall is a fantastic keeper. He has been a great servant to the club but during the summer, he had the opportunity to make his move to Paradise permanent. He refused, instead, he wanted to “fight for his place” in a Southampton team that, although sitting in a lofty 4th place in the EPL at the moment, has next to no chance of winning any silverware and who’s only aim to avoid relegation.

Now to Dean Henderson. A product of the Manchester United youth academy who has been loaned out to Stockport County, Grimsby Town, Shrewsbury Town and enjoyed a very successful season keeping 15 clean sheets across all competitions. The boy clearly has talent but he also has international ambitions.

If Dean Henderson moves to Celtic on loan, he will not see his international ambition transpire at Parkhead. Everyone knows that Scottish based English players very rarely make it into the English national team and for that reason I don’t think this deal will go ahead.

Celtic should look to continue to work, and show faith, in Barkas.  Give him the opportunity to show why Lennon paid £5m for him and why he is an international keeper. Let the fans see what he can do in front of a settled and balanced defence. Only then, can he be judged fairly.