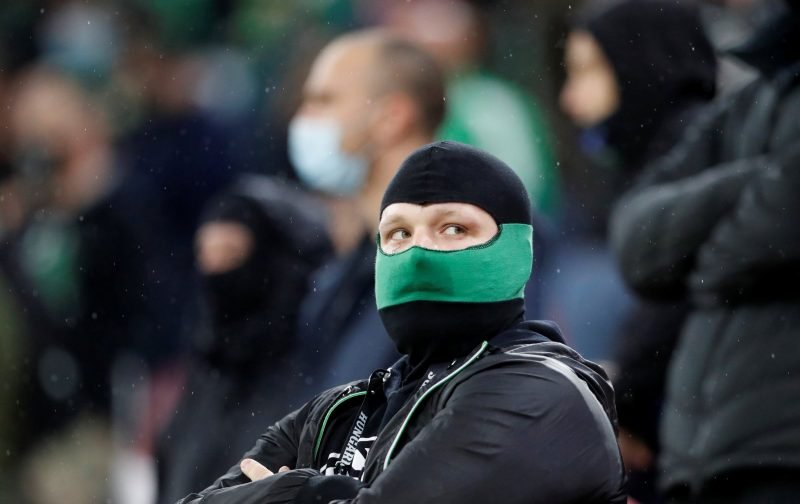 As we return to domestic football on Saturday with the away tie against Motherwell, there is another match creeping up which could prove pivotal in Celtic’s season.

The Europa League tie against Ferencváros is one that could shape the Hoops European season as the back to back double header takes place on the 19th October and 4th November.

The home tie at Celtic Park on the 19th has drawn some special attention from the footballing authorities as Ferencváros release a statement to their fans warning them about their behaviour prior to their visit to Glasgow.

After last nights disgraceful scenes at Wembley in the England v Hungary match, FTC released a statement,  via the club official website, to their fans pleading for best behaviour when they visit Glasgow and asked for their fans not to engage in any fascist gestures that could harm their club, “We would like to draw the attention of all our ticket buyers to the fact that during the match, in the immediate vicinity of the stadium, any hand gestures that UEFA may interpret as showing Nazi sympathies or being an anti-Semitic gesture.

“The szívtől az égig arm gesture must not be done at all!

“As a result of the experience of the Germany-Hungary European Championship match and the Hungary-England World Cup qualifier, the behaviour of Hungarian fans – and thus the Ferencváros fans inside and outside the stadium – is being given special attention.

“We ask that no one respond to any provocation and represent the club and Hungary in an exemplary, sporting and calm manner, as FTC fans have done in recent years at home and abroad in all cases!

Clearly the club are being proactive and trying to preempt any behavioural issues as their fans do have a reputation of being Hungary’s most violent football supporters and have been on the receiving end of retribution from UEFA on many occassions.

Let’s all hope the FTC fans take heed of the warning and we are talking about the football on field rather than the issues off it.