The John Kennedy myth and the truth behind his Celtic role. 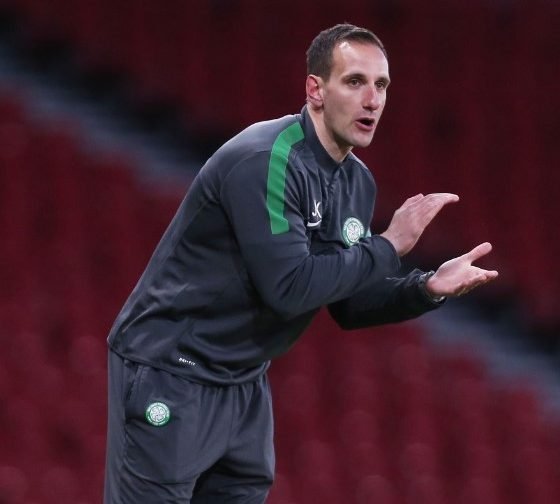 John Kennedy is NOT the defensive coach at Celtic. He never has been. Ever!  There. I said it and man that feels good.

There seems to be this narrative going round some quarters of the Celtic support that somehow John Kennedy is being neglectful in his duties as the defensive coach, when in fact, he never has been in that role in all of his time at the club.

The beginning of the end of Kennedy’s playing career was began on the 31st March 2004 whilst representing Scotland in friendly against Romania, where a late challenge from Ionel Ganea caused extensive ligament damage to his knee that kept the then promising defender out for three years.  Kennedy returned to first team action in 2007 and in a Champions League match against Shakhtar Donetsk, suffered an injury to the same knee which kept the young defender out of a further three months.  Kennedy never fully recovered from this setback and finally retired from football shortly after.

In 2010, Kennedy was hired as a scout for the club, and held this position for over a year. After working on obtaining his coaching badges, he moved onto coaching the Celtic under 19 squad in 2011, winning a league and cup double with the young Hoops in his first season and repeated this feat in the following season and eventually led the youngsters to three titles in a row in season 13/14. During his time at theU19 squad, 2012 saw Kennedy also take up a role with the reserve team which he was involved in until 2014.

Ronny Deila arrived in 2014 as manager and John then joined the backroom staff as a first team coach. He continued this role, after Delia departed, under Brendan Rodgers, where he was held in high esteem by Rodgers during his tenure, and when Neil Lennon returned,  Kennedy was promoted to Assistant Manager of the club, and he still holds that role to this day.

John Kennedy has been an integral part of Celtic’s youth development and backroom staff which has seen the talented coach bring in several Youth League Titles, 9 Scottish League titles, a Treble Treble and the record breaking Invincible’s season.

It’s high time this section of Celtic fans appreciate the vital part Kennedy has played in their recent successes instead of looking for a scapegoat whenever poor defensive issues arise.

Enjoy Kennedy and the contribution he makes whilst he is here, because if he ever departs from Paradise, he will be a big loss to the club.