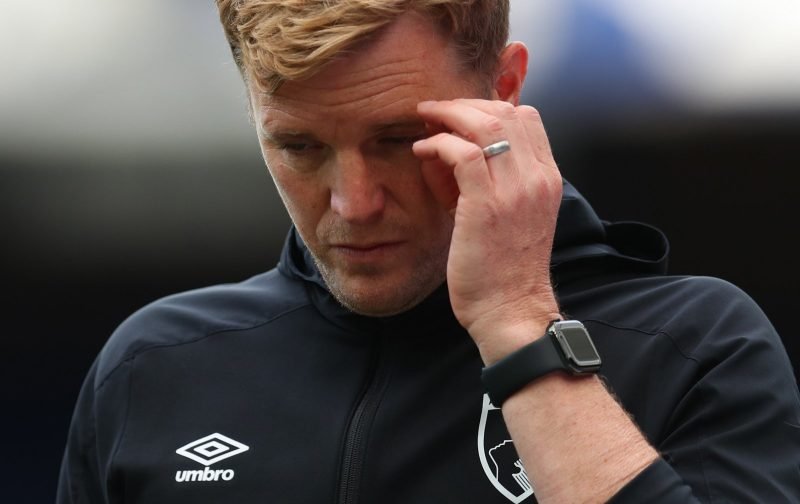 Ah do we all remember the Eddie Howe story? The months and months of speculation that we kept hearing that Eddie Howe is on his way to Glasgow. ‘Next Week!’ some claimed, ‘Contract is done and dusted’ claimed others.

And on the 28th May 2021, after over 100 days, Celtic released a statement to tell the world that the contract wasn’t signed and Howe won’t be signing for the club, “Following very positive and detailed discussions with Eddie Howe, with the belief that he would be an excellent candidate for the position of Celtic Manager, we allowed time for the process, given he’d previously made it clear he was not looking to return to management until this summer at the earliest.

“We can now confirm that Eddie will not be joining the Club, for reasons outwith both his and Celtic’s control.

“We wish Eddie success for the future.”

And every Celtic fans was left scratch their heads whilst Dermot Desmond was left reaching for an electric fan to cool down his red face.

Fast forward (insert number of days here) and under Ange Postecoglou, I think it is fair to say, the Celtic fans have not looked back.

Howe, however still finds himself out of work with seemingly no club willing to touch him.

So why did Howe reject Celtic?  It’s a question that has never been answered. Until now. Allegedly. And I say allegedly because, well,  you’ll understand in just a wee second.

In a report by Football Insider (the penny has dropped now right?) they have claimed that ‘sources‘ have revealed to them the reason Howe chose not to take the Celtic job.

And the reason why is a head scratcher, ‘A source with knowledge of Howe’s situation has told Football Insider he has his sights set firmly on the Southampton job currently occupied by Ralph Hasenhuttl.

“The 54-year-old is believed to be safe for now but his job will come under threat from November if he does not oversee an improvement in results.

“Howe does not want to rush into a management return and location will be a key factor in his next posting.”

Those pesky unnamed sources eh? I wish I had one of those. In fact, every blogger and reporter has one but I never use mine because, well you know, I can’t.

To keep credibility in this site (NO LAUGHING AT THE BACK!) every single story I bring you must be properly cited and sourced. It’s a basic requirement of the job. I can’t bring you any Celtic news citing unnamed stories or I would have told you that Messi considered a pay as you play contract from Celtic before he eventually signed for PSG.

At least one thing in the report can be verified. Howe certainly hasn’t rushed into management…………