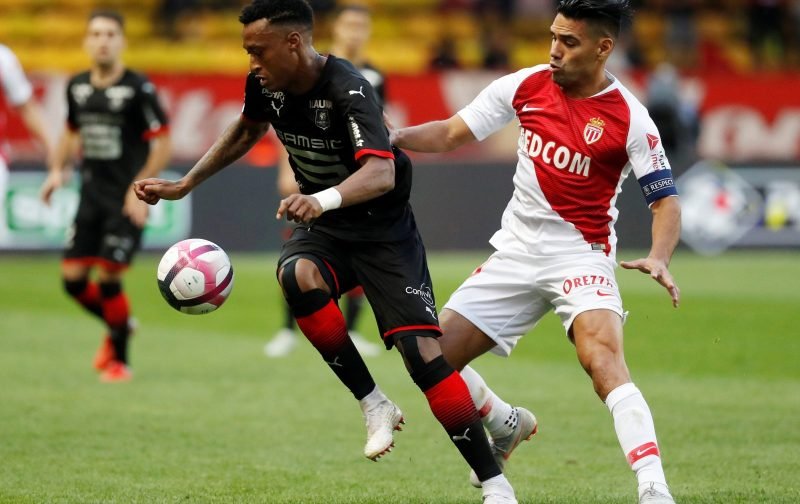 Celtic fans have taken great pleasure in Rangers missing out on transfer target Mexer this week.

The Ibrox side were reported to have offered the 30-year-old Rennes defender a three-year deal to join Steven Gerrard’s squad this summer, after the Rangers boss personally scouted and was pictured with the player in France last week.

However, Bordeaux have got the deal over the line, announcing tonight he will be staying in Ligue 1 after signing a four-year contract.

Knowing that Rangers need to strengthen significantly this summer to get close to us next season, it’s pleasing to see them fluff the recruitment of one of their big early targets so badly.

Mexer looked like a quality defender with good experience in the French and Portuguese top-flights and certainly an improvement on past-it players such as Gareth MacAuley.

Celtic though can’t be complacent either though, with our defence a key priority for whichever manager is in charge come pre-season. With Filip Benkovic heading back to Leicester City and Dedryck Boyata on his way out too, we need to sign quality at the back too.

In other news – Messi ends rangers hopes by staying at Barcelona.

He opted for Bordeaux when he found out he would be paid in monopoly money.