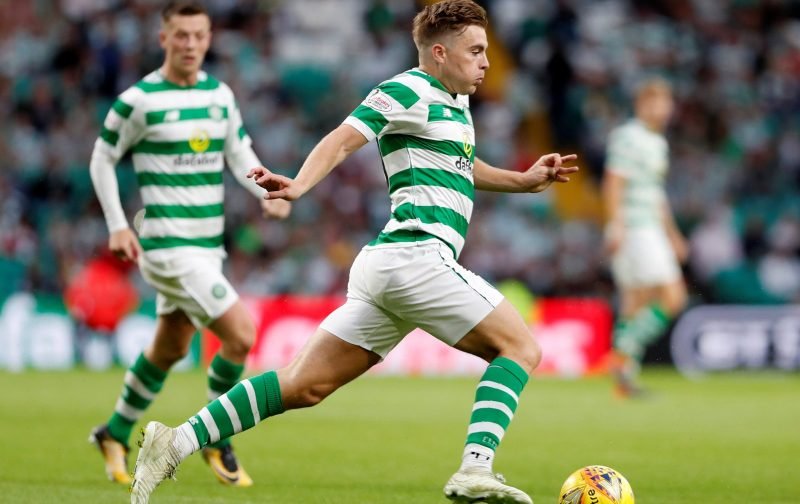 James Forrest provided a crucial assist for Odsonne Edouard to win Celtic’s match against Dundee on Sunday, but fans weren’t happy with his overall performance.

The Hoops secured all three points against the Dark Blues with a last gasp winner from the Frenchman after combining well with Forrest.

The Scotland international was quiet throughout the 90 minutes though, asked to perform in a number of roles in support of the side’s central striker, Edouard.

Ultimately it paid off but fans know that we need players like Forrest to play much better in huge upcoming matches at home to Rangers and against Aberdeen at Hampden.

Is it time to turn to someone such as Timo Weah in the starting eleven instead?

Forrest has contributed loads to the season so far, scoring 15 goals and assisting 20 times, but is now looking a bit out of sync with his teammates and could perhaps use a game or two out of the team.

These fans wants more from the 27-year-old, taking to Twitter to share their thoughts on his Sunday display…

James Forrest was the worst player today imo, I'd start weah in his position

Points of discussion for @FritzAGrandAuld tonight

1. A team betwixt and between. Players look lost after the first-week adrenalin rush games post BR leaving. Need a new identity!
2. Toljan – no thanks!
3. Forrest is back to his inconsistant worst (despite the assist today)

lennon SHOULD NOT get the Celtic job

Forrest just had a very poor game, IMO. Toljan is a tidy player, but far too passive. I want to see our full backs attack their opposite number and get crosses in. He takes the easy option too often.

Massive relief to get the winner there!

Wee Johnston isn't up to it the now, shouldn't be near a first team start. Maybe 10 mins here and there but still looks like a youth players.

How the fuck does Forrest not get subbed? Even more baffling is that he manages to stay in the team when his form has been so poor for so long.