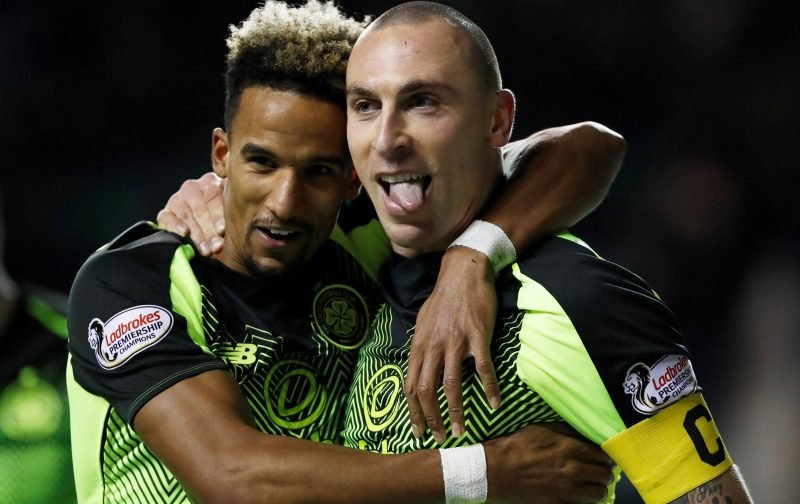 Celtic supporters are keen to see the club sign Scott Sinclair up to a new contract after reports in The Scottish Sun that he could end up leaving the Hoops this summer.

The paper report that the winger is still waiting to hear whether he will be kept around, with the club yet to take up an option on his contract which would see his deal extended.

With 60 goals and 34 assists in 150 appearances for the club over the last two-and-a-half seasons, Sinclair has been one of the most consistent attacking threats throughout a period of immense success at the club and it’s doubtful that many fans want to see the back of him.

He has had his ups and downs in terms of overall form, but continues to contribute massively to our goal totals across a season.

The former Aston Villa man may be turning 30 soon and without his mentor manager Brendan Rodgers, but surely we should keep him around for a bit longer?

Sinclair has to be given a contract extension. He’s been in good form over the last few weeks. Whether he wants to stay and whether the board want to keep him is another story.

Scott Sinclair is yet to hear if Celtic will trigger a years extension to his contract. If the club don't, he will become a free agent in the summer.

This is ludicrous… He should be given a two or three year extension at worst.

I am pretty sure he is happy with us and we are happy with him, he is back bang on form now. Surely the club and @Scotty_Sinclair are in talks over extending his stay @CelticFC ????

Give him an extension.

He needs his contract extended

People saying no thanks to extending Sinclair's contract are 100% for the watching https://t.co/6Lv41gtUYt

Fucking joke if Celtic don’t extend Scott Sinclair’s contract, top scorer at the club for the past 3 seasons