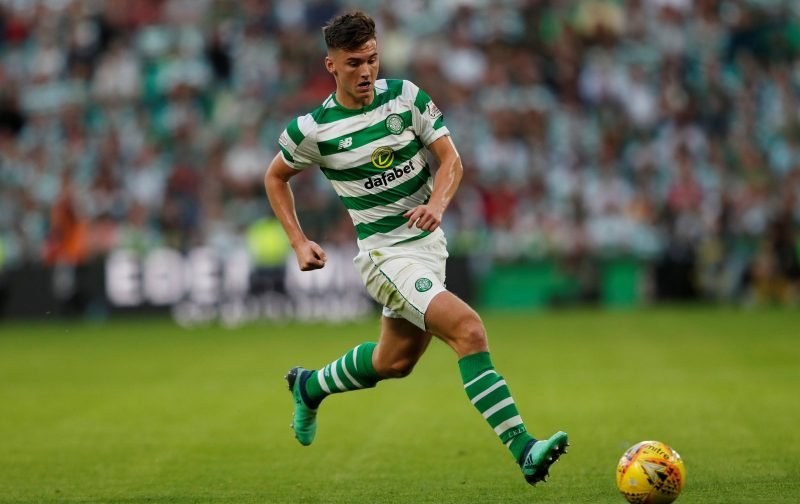 Thankfully the transfer window for the English top-flight closes on 9th August this year, so we don’t have too much longer to endure constant speculation that our brightest and best players are ready to exit Celtic Park.

The Scottish Sun are this weekend’s rumour-mongers, reporting that Fulham are hoping to make a major £25m move for Tierney after their chief scout Brian Talbot watched the player in action against Rosenborg on Wednesday night.

It comes after heavy speculation linking the left-back hero to Everton, a move that ultimately fell through due to the Toffees reportedly changing their mind on the transfer due to Celtic’s valuation of the player.

The latest report today suggests that alongside Fulham, English Premier League sides Bournemouth and Wolverhampton Wanderers are also keen on signing the player.

Curiously, Wolves are in need of a new left-back after selling one of their stand-out performers last season, Barry Douglas, to Leeds United.

The likelihood of Tierney seems slim at this stage though. The Everton links felt credible in a way that did leave some supporters concerned, but signing for either of the newly promoted sides, or Bournemouth, is far-fetched.

Hopefully these reports don’t create a scandalous wave of speculation in the same manner as the potential move to Goodison Park and that the Hoops’ completely correct valuation of the player keeps buying clubs at arm’s length.

Are you in any way worried about Kieran Tierney leaving this summer? Let us know in the comments…