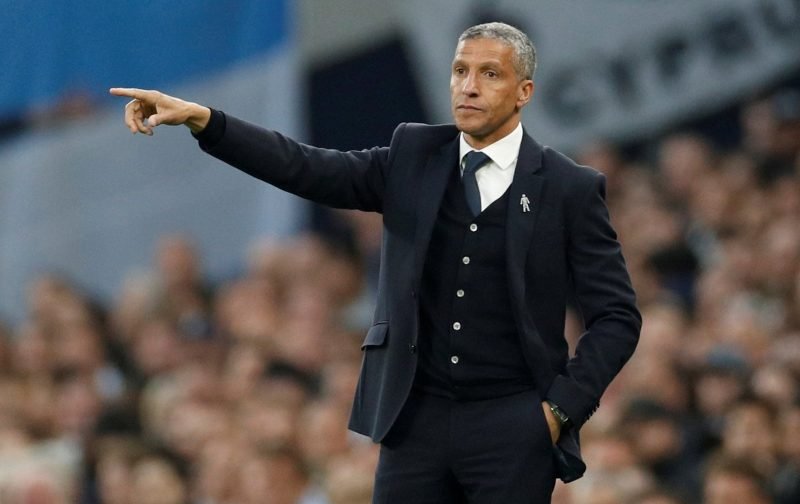 Bookmakers have slashed odds on Chris Hughton getting the Celtic job after being sacked by Brighton & Hove Albion today, as reported by The Scottish Sun.

The paper say his odds are as low as 3/1 with some companies, with others slashing outsider odds of 33/1 to a healthy 6/1 after the news he has left the English Premier League side.

Neil Lennon remains the favourite to be appointed permanently at the end of the season but he is becoming an increasingly unpopular choice with supporters, especially in the wake of Sunday’s derby defeat to Rangers.

Hughton would certainly be an interesting appointment, often a popular figure at clubs he’s managed in the past.

The 60-year-old was hard done by being sacked by Brighton after keeping them safe from relegation again in the English top-flight.

With a previous successful spell at Newcastle behind him too, he has some experience of managing a club with a large fanbase.

Tactically he is probably a little more pragmatic than Celtic fans would like but with talented players and attacking full-backs he could be a good fit spearheading a more organised Hoops side, a set-up that may also transfer to Europe well.

Certainly one to watch over the coming weeks.