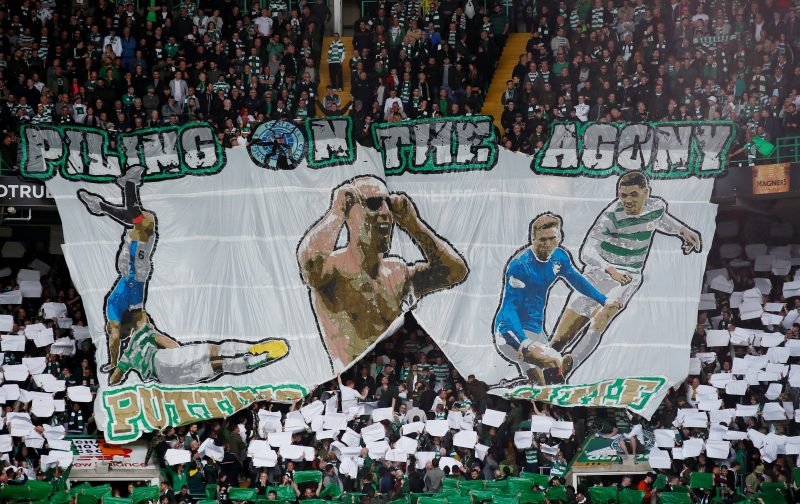 Celtic yesterday confirmed in a statement that, in response to a decision taken earlier by Rangers, they would be cutting the Ibrox club’s away allocation when the two sides meet on September 2nd.

Just 800 away fans will be in attendance for the derby match, matching a similar policy devised by decision makers at Ibrox to ensure there will be no more incredible celebrations in the Broomloan Road end at their ground.

Their explanation is that the appointment of Steven Gerrard has created extra demand.

The whole thing could be described as a shambles, but the Hoops had other option but to respond with these measures, and the action has been warmly greeted by the majority of supporters.

Celtic fans are laying blame for the whole mess squarely at Rangers’ door, and quite rightly so, slaughtering the Govan outfit on Twitter in reaction to the news from the Bhoys.

Some call them cowards, some are just laughing at them, but most are in agreement that they’ve shown themselves up big time.

These supporters had plenty to say…

Rangers board & fans have admitted defeat,they couldn’t see any possible way to stop us winning & partying in the broomloan so like total cowards they’ve stopped us from attending

Superb statement. Shame it came to this though because they can’t take getting the absolute pish ripped out them in their own stadium!

Would like to see the club, state that the new arrangement will remain even after Stevie Bhoy has been sent packing at Christmas. No change next year when they can’t sell season tickets ????

All because the newco can’t handle us celebrating when we pump them
Roll on 2nd September another 5-1 Dembelition ????????????

Well done Celtic! At you rightly point out. The decisions taken at the Debtdome left the club with no choice. Celtic Park will smell sweeter that day!

Glad Celtic have reduced rangers numbers to 800 at Celtic park…it's the right move for the fans.

That being said, I'm dismayed that rangers reduced the Celtic allocation in the first instance to cause this…the Derby is the best in the world because of the atmosphere. https://t.co/3rYGp4CSpV

Only important in their own bubble

Celtic have confirmed that only 800 Rangers fans will watch the first half of their team’s annihilation at Celtic Park.

Are you happy that Rangers have had their allocation at Celtic Park reduced? Let us know in the comments…