Who have lost bottle for title fight? The team or the fans? 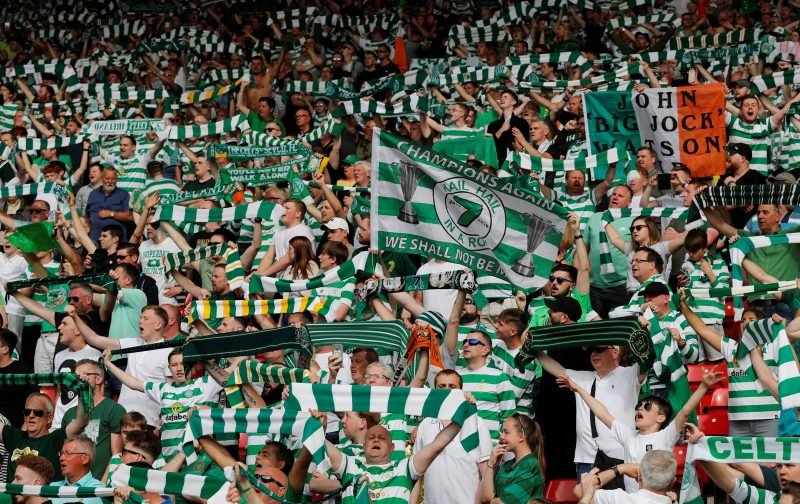 A new week, a new poor result for Celtic in the title race. Yesterday’s draw with Hibernian leaves Celtic trailing Rangers by eleven points, albeit with two games in hand, and a seemingly impossible battle to get the title charge back on track.

Things haven’t been right since Celtic were knocked out of the Champions League at home against Ferencvaros where Lennon questioned some players commitment to the club and from there performances have been inconsistent.

I wrote an article yesterday about how Celtic have enjoyed some great League form in the past five seasons over the Christmas period and that yesterdays game was pivotal to initiate their title winning form of the past, but unfortunately the team came unstuck and dropped (or saved a point depending on your point of view) two points to fall further behind  at the top of the table.

Celtic’s form in the first 12 games of the season has led some fans to believe that The Hoops have lost their bottle for the league title fight but have the fans also lost theirs?  The Parkhead teams record reads at Played 13, Won 9, Drew 3 and Lost 1. Some say this is not title winning form but looking back at previous seasons, this is simply not true.

Celtic’s quest for ten in a row began in Season 11/12 when the current manager, Neil Lennon was in charge. In the first thirteen games of that season the Hoops won 8, drew 2 and lost 3. A home loss to St Johnstone and away defeats to Rangers and Hearts left the team FIFTEEN points behind their Glasgow rivals and seemingly no hope for the title.

In Season 12/13, with Lennon still in charge at the same point of that season, out of thirteen games, Celtic won 7, drew 4 and lost 2 but still went on to win  the league on 79 points, 16 ahead of Motherwell in second place.

The 13/14 season saw Lennons men go undefeated in the first thirteen games only drawing three of those games.

In Ronny Delias first season at he club in 2014 his side won 9, drew 2 and lost 2 in his first thirteen and still went onto to win the league by seventeen points.

Granted, not including the 2011/12 season, Celtic have not had a serious title challenger and the supporters have enjoyed total domination of the league, knowing that as each season starts, the trophy would have never left the Parkhead trophy room.  This season has seen Rangers start really strong, only dropping two points but also scoring freely and defending strongly. This coupled with Celtic’s poor form has seen alarm bells ring with the supporters and they are now calling for the managers head.

Think about this, the first season Celtic have a genuine title challenge and after just thirteen games, the fans are calling for the managers head.  How must Lennon be feeling?  After taking over when Brendan Rodgers jumped ship, he safely guided Celtic to another treble and then winning a treble of his own. A seemingly poor start to the season seems justification by some fans to call for the manager to be sacked.

This seasons start is not even the worst start of all the nine seasons prior, but with the weight of ten in a row bearing down on the Celtic fans shoulders and the resurgence of their Glasgow rivals, it seems that it’s not the teams bottle that should be called into question, but the fans.

Lennon may very well not be the man to take Celtic to the title this season, but the lack of loyalty being shown to the manager a third of the way through the season must be addressed by the Celtic support.  After all, we are Celtic supporters, faithful through and through. Right?