Why are fans clambering for the return of the old guard when the current one was deemed not good enough? 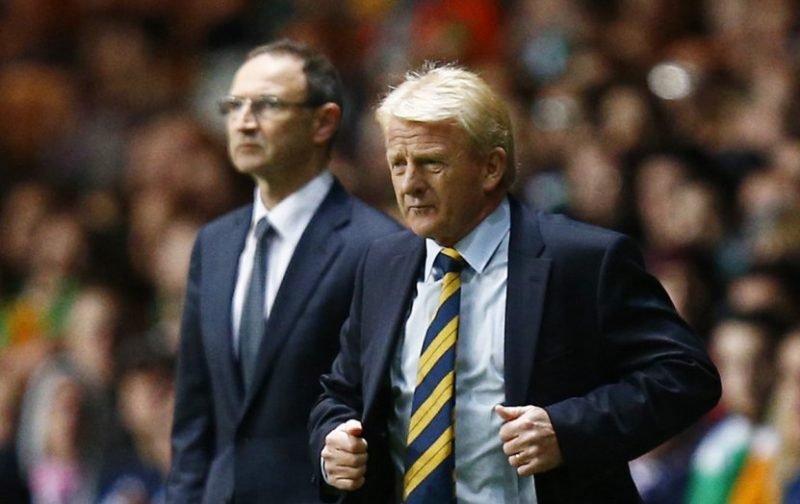 With every poor result comes pressure and scrutiny. None more so at Celtic where the fans have enjoyed total domination of Scottish Football for the last four seasons. Neil Lennon is certainly feeling that pressure now after Saturday’s 2-2 draw with Hibs.

Celtic currently sit eleven points behind their Glasgow rivals, albeit with two games in hand, and the Celtic fans are not happy. A section of fans want the Celtic gaffer dismissed from his post before the gap widens and the season becomes unsalvageable.

The league isn’t lost. 11 points looks bad but with the 2 games in hand it could be 5. We still need to play them 3 times.

So it’s not over yet and we are far from out but one things certain.

We need to do it without Neil Lennon to have that chance.

Spot on. Don’t want rid of lennon because the leagues lost, want rid of him before it’s too late.

Only an immediate change of management staff can bring a glimmer of hope to Celtic's disintegrating campaign.
We're going backwards at an alarming rate under Lennon & his coaches in what should have been a historic season.
Dermot Desmond must step in now & sort out this mess.

If this was any other manager he’d have been sacked weeks ago! massive problems n he’s at the route of them all!
Time for a quality manager to step in & coach this squad!!😖🍀 @CelticFC

Rumours are abound from the Daily Record, that Celtic may be on the verge of approaching Gordon Strachan and the fans seem to be happy that either Strachan or O’Neill should be offered the job if Lennon falls on his sword. But one thing bothers me here. Why are Celtic fans happy at these rumours of the old guard returning when it was clear a large section of fans where not happy when Lennon took over from Brendan Rodgers?

Keith Jackson telling us that Gordon Strachan could be the guy Lawwell goes to if he has to bin Lennon and also hints that Scott Brown may be managerial material?

Ooh, give me some of that, you little beauty…

We need to give Gordon Strachan a ring 👍🏻

Martin O’Neill left Celtic back in May 2005 to look after his wife who had had been stricken by lymphoma. O’Neill won three League titles, three Scottish Cups, and a League Cup. The two league titles he lost were by margins of a point and a goal. He also oversaw a record 7 consecutive victories in Old Firm derbies, and in season 2003–04 Celtic created a British record of 25 consecutive league victories.

There is no doubt O’Neill enjoyed great success at Parkhead but that was 15 years ago. After that he had spells at Aston Villa and Sunderland before leaving club football to take the Republic of Ireland hotseat for the next six years. He then joined Nottingham Forrest as manager in January 2019 but was subsequently sacked a mere six months later after guiding them to ninth in the English Championship.

Gordon Strachan succeeded O’Neill in 2005 and his tenure guided Celtic to three consecutive league titles, only the thrid ever manager to do so in Celtic’s history. He also won a League Cup and Scottish Cup and took The Hoops to the last 16 of the Champions League twice. He eventually resigned in season 2008/09 after losing the league to Rangers. He then took the job at Middlesbrough and left after a poor start to season 2010/11 leaving the club in 20th place in the Championship.

In January 2013, Strachan took the Scotland job and for the next four years tried, and failed, to take Scotland to their first major finals in over 15 years. He resigned in October 2017 and has been out of management since.

Although two great Celtic managers of the past, surely Celtic fans cannot lambast the board for lack of forward thinking if they lambasted the same board for bringing Neil Lennon back and now seem to be happy with either O’Neill or Strachan returning. This sort of reaction smacks of panic and double standards and the fans need to do either one of two things. Stick by Lennon or if he is finally dismissed, demand better vision from the board to the club forward, not back.