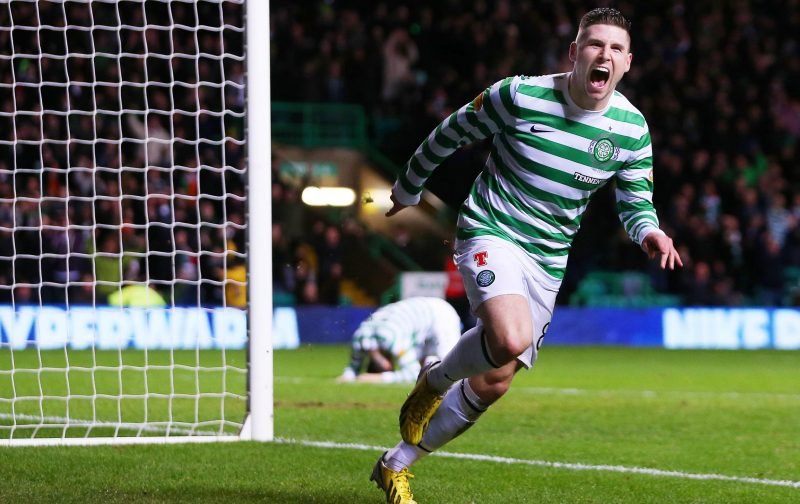 Plenty of Celtic fans seem keen on the idea of re-signing Gary Hooper after he announced his departure from English Championship club Sheffield Wednesday.

After 3 1/2 years my time @swfc has come to an end. I have really enjoyed my time here and would like to thank the fans for their amazing support and to the club for looking after me so well. I’m now looking forward to the next chapter in my career.

The striker spent three happy years at Celtic between 2010 and 2013, scoring an impressive 82 goals and assisting 30 more in 138 appearances.

With spells at Norwich City and Wednesday since, he’s failed to recreate that kind of lethal scoring on a consistent basis and now finds himself without a club ahead of the summer transfer window.

Now 31 years old, he could be an option that intrigues Neil Lennon if he is given the permanent Hoops gig this summer, which of course has yet to be determined.

He certainly has the scoring pedigree north of the border and a rapport with fans, becoming a real favourite with supporters in his time at Celtic Park.

Some would love to see him make a return, taking to Twitter this week to share their thoughts…

I’d take Gary Hooper back in a minute if the wages where right. I get that he left us for more money but I don’t blame him for that. A footballer’s career is short and he had no ties to the club 1st time around. He scores goals whenever he goes and would be a great squad player.

Ad have him aboot the place no probs was lethal

Was lethal for Celtic and let's be honest he would do us a service like he did before!! Top goal threat!!

Does a Celtic move for Gary Hooper make sense? Have your say in the comments below…