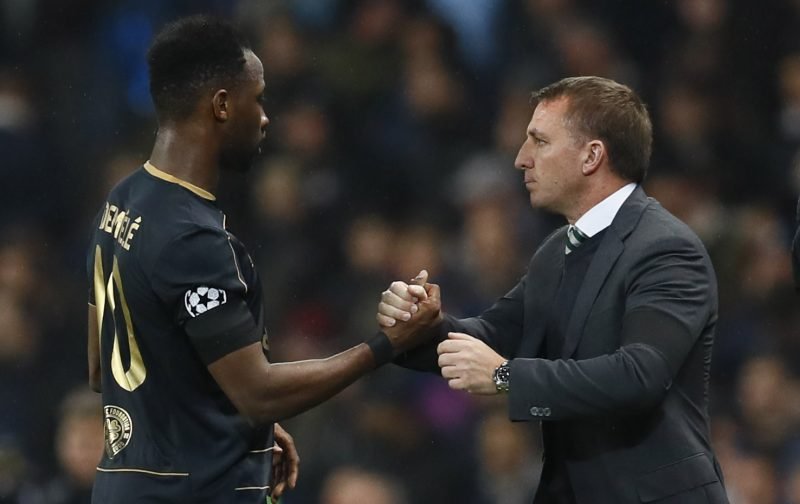 Celtic fans have a whole new perspective on last summer’s Moussa Dembele transfer saga after the actions of Brendan Rodgers this week.

The former Hoops boss has left Celtic in the lurch and moved to Leicester City as we prepare for a hotly contested title run-in and Scottish Cup push.

It’s a move that has gone down like a lead balloon with supporters, with plenty now accusing him of being something of a Celtic traitor, even in the face of tremendous domestic success.

One thing fans are now looking at is how he handled Dembele’s exit and how the Frenchman made a number of digs on social media in the days before and after his switch to Lyon.

At the time the Frenchman was heavily criticised, but was he right to suggest that Rodgers forced him out of the club and offered him assurances that were not kept?

Plenty of supporters now think he had a point, taking to Twitter over the last 24 hours to share their thoughts…

Back on the Dembele bus. Big man was right. Rodgers is a rat.

For everyone currently enjoying the bold Dembele's twitter rampage, we would like to recommend this L'Equipe story on his departure from Celtic and Rodgers' behaviour at the time…https://t.co/xLCjD9tiz6

Mental how so many folk berated Moussa Dembele for slagging off Brendan Rodgers but he was right the whole time. I demand every single one of you write him an apology letter and send it to him via post

We all owe Moussa Dembele an apology, Rodgers is in fact a wanker

Hard to imagine last September that Rodgers would end up making Dembelé and Boyata seem like Tommy Burns and Danny McGrain by comparison before the season was out.

Shouldn’t be a huge surprise Rodgers leaving , mind dembele said something that indicated Rodgers was working a ticket out when he left to go to France ?

Remember just how much abuse we gave Moussa dembele when he left, turns out Rodgers was the one who forced him out by the looks of it

Rodgers on his way to Leicester #Snake Dembele was right!!!!!! pic.twitter.com/TrYqbnnwtu