Young Hoops pain and joy in u21 Euro qualification 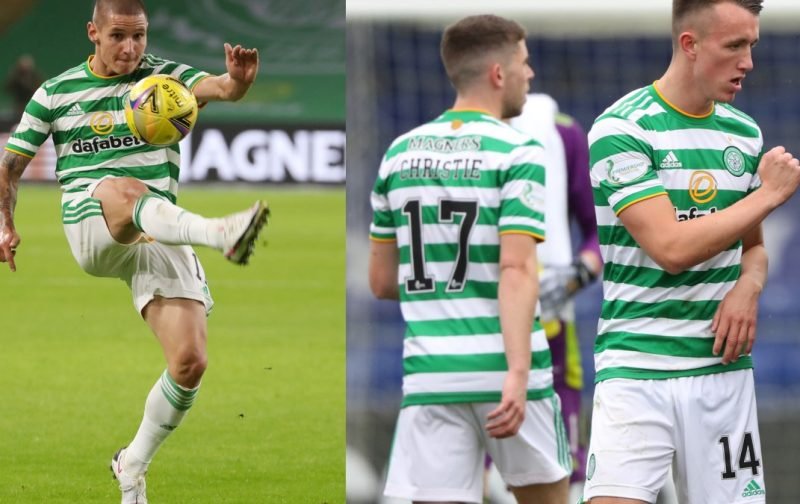 Celtic striker Patryk Klimala and midfielder David Turnbull both participated in u21 International duty tonight as Poland and Scotland bid to qualify for Euro 2020.

Klimala was the happiest of the two, coming off the bench to score in Polands 3-1 victory over Latvia’s young guns.  The victory leaves Poland in second place in Group E.  The Poles have qualified as best placed runners up for u21 Euro’s and Klimala, with four goals in eleven games, will be hoping he will be in the Maciej Stolarczyk plans when the next squad is announced for the Finals.

Scotland’s u21’s fortune didn’t carry over and have themselves with a mountain to climb after a defeat in Athens in the Apostolos Nikolaidis Stadium.  Scotland’s young lions fell 1-0 to the Greeks in a fairly average match where the Scots needed a win to top the group to all but secure their place in the Finals in Hungary and Slovenia next March.

Scott Gemmell’s side never really got going in the match and the performance was so poor the Greek keeper never had a save to make. Turnbull started on the bench but eventually came on in the 72nd minute to replace Glenn Middleton and had a great chance to equalize but he volleyed his effort over the bar.

The result leaves the Scots out of qualification and their hopes of qualifying for their first major tournament in 25 years dashed.

Neil Lennon will have a job picking up Turnbull from this disappointment but the young Hoop star will no doubt have a bright international future ahead of him and plenty of opportunity to help his nation qualify for future major finals.