Celtic and Lennon in discussions with defender on pragmatic summer deal 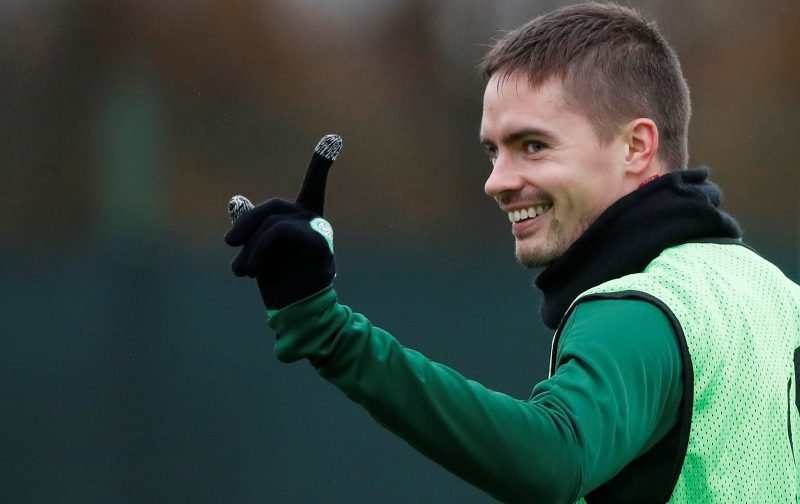 Mikael Lustig has opened up on his discussions with Celtic and manager Neil Lennon about a potential stay at Celtic Park beyond this season, as reported by The Scottish Sun.

The Swedish veteran’s current contract expires in the summer but neither the club nor the player have ruled out extending his stay into 2020.

As quoted by The Scottish Sun, the right-back said of his situation:

Neil and I talked together shortly after he returned. We discussed a little bit about my situation and about what might happen next year.

We’re both in a situation where we don’t know what the future holds come the summer. I try not to think too much about the future but it’s always in your head, especially when you have a family.

You naturally want to know what the future holds but in football that’s not always the case and I’m used to that. I’ve been here for a long time and I’ve loved every second of my time here.

Lustig has had to endure enormous criticism over the last 18 months for perceived poor performances and while his displays have definitely been inconsistent he still has plenty to offer the first-team squad.

The arrival of the multi-million pound rated Jeremy Toljan has put Lustig’s problems into context, with there clearly being no quick fix at the right-back position.

Celtic should be looking for a permanent replacement but as back-up we could be doing a lot worse than the experienced Swedish international.

A short-term, year-long contract for the defender could be the best thing for all parties while we get to grips with the future of that side of defence.