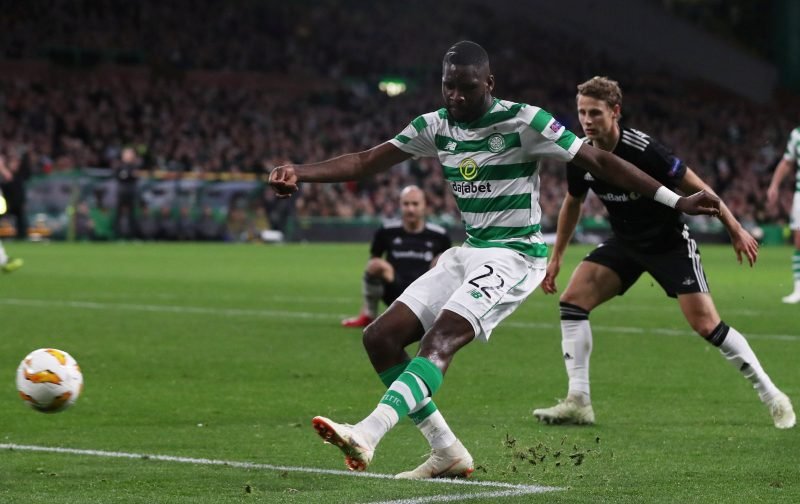 Neil Lennon has moved to strengthen his forward line with the news that West Ham United striker Albian Ajeti is set to sign on a season long loan, according to a report in The Guardian.

The Switzerland international struggled badly following his £8million move from Basel in the summer, however, Celtic fans should be encouraged with the form that saw him earn the move in the first place.

The 23-year old – who stands over 6ft tall – hit 21 goals in 43 appearances with 11 assists for the Swiss giants and a return to this level of performance would more than ease the burden from the shoulders of the talismanic Odsonne Edouard.

Lennon still has four strikers already at his disposal with Edouard and Klimala getting the most minutes through the middle in pre-season matches, the latter looking sharper and more confident every time he pulls on a green and white hooped shirt as he attempts to start paying off some of the £3.5m transfer fee paid for him in January.

Leigh Griffiths formed a formidable partnership with Edouard after the winter break last season and he returned to action in the 3-1 victory over Hibernian, the Hoops gaffer claiming that he has been impressed with his attitude after being scalded for his condition when he reported for training following the Covid-19 enforced break overweight and unfit:

“Leigh was great and he looks great. It’s the best I’ve seen him in a long time, in terms of how he looks in his conditioning.

“I am delighted with his response in terms of what we’ve asked of him.

“He just has to maintain it now as he will be a real asset for us – no question.”

Lennon looks to be following on from last season where goals were scored with increasingly regularity as they left the whole of Scottish football in their wake, with another international striker set to join their ranks, few would bet against them becoming history makers once again.