Classless and ’embarrassed’ Motherwell boss fails to apologise to Celtic 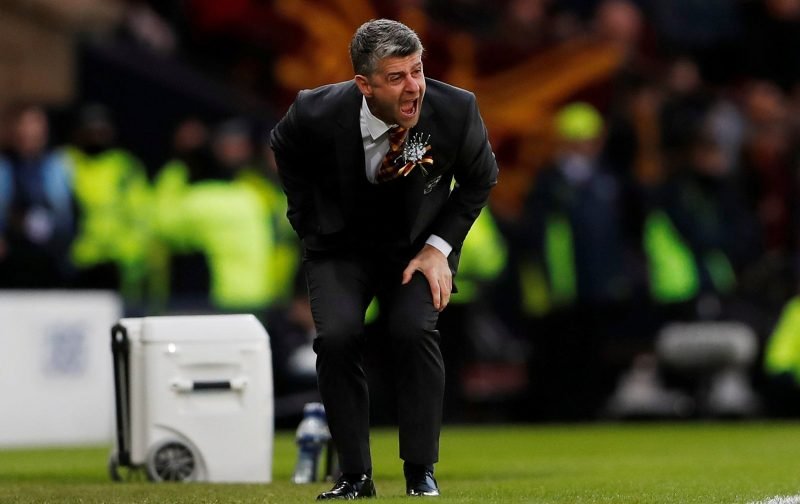 Motherwell manager Stephen Robinson couldn’t even find it in himself to apologise to Celtic in the wake of Sunday’s controversial goal for the Steelmen.

Speaking to BBC Sportsound after the match, Robinson admitted he was left embarrassed by his player James Scott’s refusal to give the ball back to Celtic after it was put out of play due to injury, but offered no apologies to the Hoops for unfairly undoing our incredible clean sheet record in domestic football this year.

He told the broadcaster:

In truth I didn’t know what to do, I’ve never been involved in it. You’ve got a young boy starting his first game, 18 years of age on a couple hundred quid a week. Great prospect who we have high hopes for.

He’s got caught up in the occasion. It shouldn’t have happened but it did. He’ll recover from that, he’s going to be a top footballer.

It’s not what we wanted but I’m not sure what we do after that. I didn’t know what to do and I was a wee bit embarrassed. It was a lively Sunday afternoon.

Prior to yesterday’s match Celtic had not conceded a single goal in domestic competition in 2019, with Scott Bain having a decent chance to close in on club records over the coming weeks.

The players and manager Brendan Rodgers were left fuming after the match as a result and you’d think the decent thing to do would to be at least apologetic.

Ultimately the whole incident reflects very poorly on Motherwell and since they have nothing to show for it in terms of points, the only people who have been harmed this weekend is them.