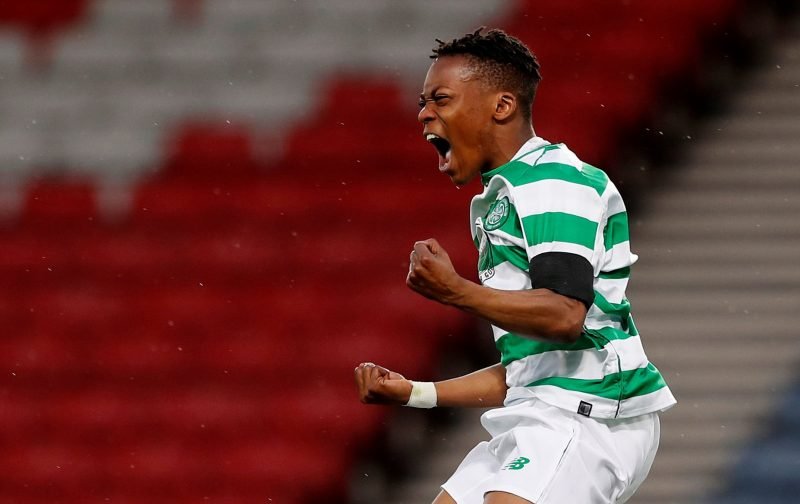 Neil Lennon could be set to hand Karamoko Dembele his Celtic debut this weekend against Hearts, as reported by The Scottish Sun.

The paper say he has been withdrawn from England U17s action this week, a possible indicator he could make a long-awaited bow in front of Hoops supporters.

Fans have been desperate to see him make the first-team for a number of years now after he made headlines appearing for our Under 20s side when he was just 13.

Now 16, he is finally eligible to play in the Scottish top-flight.

However, if he does play he will not become the club’s youngest ever player, an honour that still belongs to Jack Aitchison after he was given a debut by Ronny Deila when he was just 16 years and 71 days old.

Dembele committed his future to the club last year, signing a contract that will see him stay at the club until 2021.

Hopes are high he can become a senior side regular and this weekend’s match could be the first step in a very exciting career.