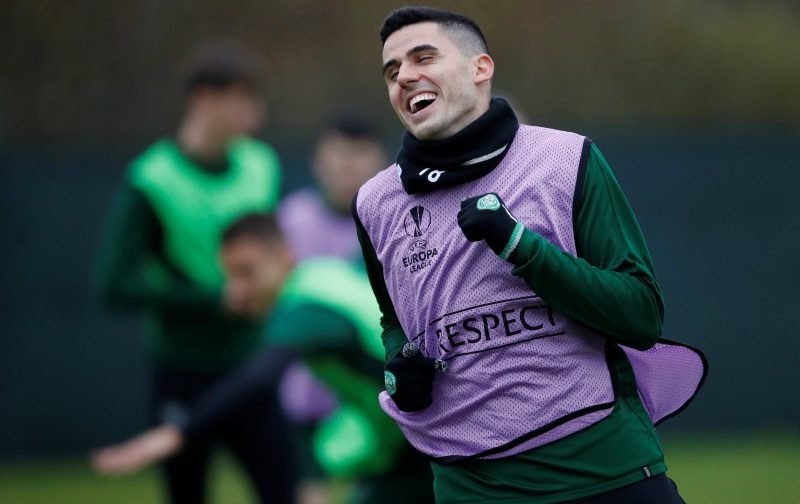 Celtic manager Neil Lennon has arranged a closed door bounce game for Tom Rogic and Olivier Ntcham to build fitness ahead of next week’s Rangers clash, as reported by The Scottish Sun.

Rogic hasn’t played a single match in 2019 so far having headed off to the Asian Cup with Australia in January before suffering an injury that has kept him out ever since.

Ntcham meanwhile has also been out of action for three months with a knee injury.

Lennon though is hopeful of having both back available for selection for the upcoming Rangers match, even refusing to rule out Ryan Christie’s involvement.

As quoted by The Scottish Sun, the Hoops boss said:

Ryan is still a little bit off but Oli, Tom and Filip Benkovic are all doing a little bit on the grass today, so that is just an increase in their work now.

We’ve got a bounce game on Friday, hopefully, behind closed doors that they can get some minutes into their legs.

And then hopefully they will be declared fit for the game in a couple of weeks.

Ryan, I think, might be a little bit of a stretch. It might be but we will see how he goes.

While most international breaks are nuisances for the club, it seems this one may be something of a blessing as long as our travelling national team stars return home uninjured.

The two week break has given us a perfect opportunity to get some crucial players back as fit as possible for the visit of Steven Gerrard’s side.

As we know, the Gers are absolutely terrified of Tom Rogic and any inclusion of the Australian is likely to give supporters cheer given our creativity problems of late.

Fingers cross the bounce game gives him the opportunity to make progress and start next week’s crucial Scottish Premiership match.