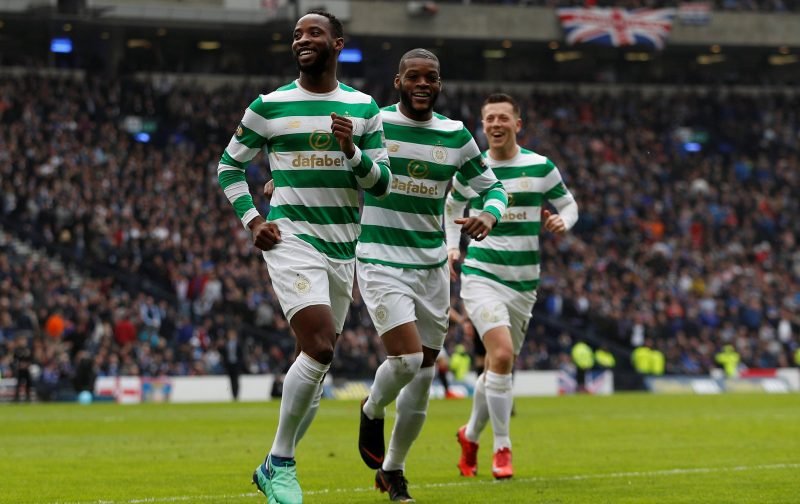 There’s no doubt about it, Moussa Dembele’s second season at Celtic didn’t turn out the way anyone wanted after his blistering first campaign in the Hoops.

Injuries were to blame of course and stop-start returns to the first team hindered the appearances he could make, eventually starting just 28 of the 61 matches Celtic played in 2017/18.

He still managed to score 16 goals across the season and while that total was just half of his tally in his debut year at the club, he proved again that when he is on top form he is undoubtedly the top dog in green and white.

It’s hugely exciting then to hear from manager Brendan Rodgers that he is fit, healthy and motivated ahead of what is a massive summer of qualifiers.

The road to the UEFA Champions League group stages has never been tougher as champions and Celtic will need Dembele motivated and at his best if the club are to reach the big time for the third successive season.

Dembele is set to be involved in today’s friendly with Sparta Prague and the manager has given an indication that the Frenchman is ready to take Celtic by storm yet again.

As quoted by The Daily Record, Rodgers said: “Moussa has come back really fit. He’s lost weight and looks good in his running. He had a slight issue with his knee the other day and we took him out of one of the sessions. We didn’t want to risk it but he’ll be involved on Tuesday.”

The fact the player has lost weight after the break and is looking especially fit is fantastic to hear.

It’s a sign he continues to be happy at Celtic, even if there’s likelihood is that the player could be sold during this transfer window.

If he hits the ground running in the qualifiers though and bangs in the goals to help his side reach the groups of the Champions League then it’d be the perfect goodbye tour.

Perhaps qualification for the tournament again would even convince him to stay for one more year?

Do you think Moussa Dembele will leave Celtic this summer? Have your say in our poll below…