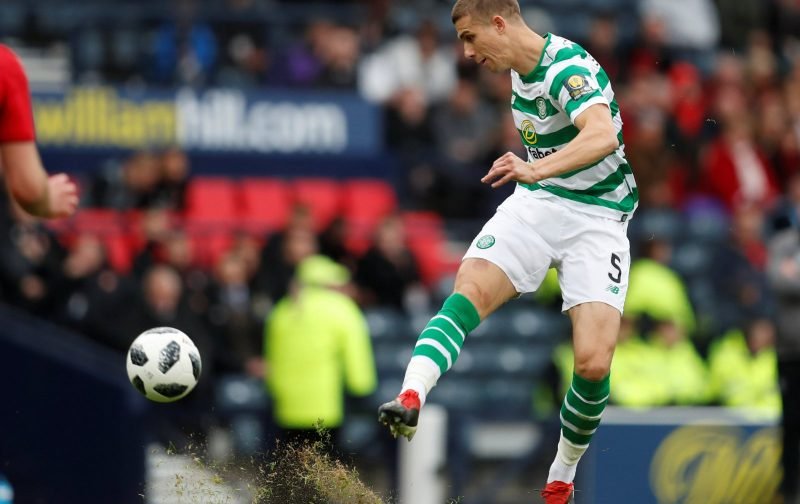 Celtic’s season is not far from getting underway properly now with less than a week until the Bhoys take on FK Sarajevo over two legs in Champions League qualifying.

It seems scarcely believable that we’re getting anywhere near a new season starting as it’s only been weeks since the last one finished, but that is how football in Scotland for the top clubs seems to work.

Anyway, we could have one setback to deal with already going into the game with Neil Lennon slightly concerned that Jozo Simunovic might not be available to play.

Indeed, the defender was sent off in a friendly against St. Gallen earlier this week and the boss has suggested that he could be out of contention to play next week.

Lennon said to the club’s official channels – via FourFourTwo:

“I don’t know what the rules are. It might have to come down to the referee’s report and if that is sent to the SFA, so we have to see what the outcome of that will be.

“It is the first thing I asked the staff when it happened, if he would be eligible for next week. We will just have to wait and see, hopefully he will be okay.”

Obviously, we’ll all hope that he can play in the game as we could do without extra issues in defence at the moment.