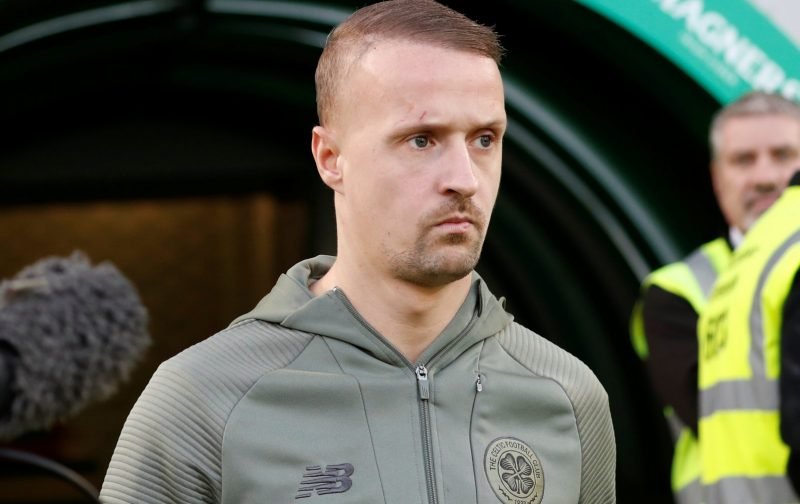 Recent transfer speculation linking Celtic with multi-million pound strikers may be exciting for Hoops fans but it doesn’t augur well for Leigh Griffiths, regardless of the positive feedback given by Neil Lennon after his recent return to fitness was praised by the gaffer.

Ivan Toney has been the subject of a confirmed bid with Peterborough Director of Football Barry Fry loving his moment in the limelight by revealing to all and sundry that they will have to considerably up their offer if they are to secure his services for next season.

The other name linked is Switzerland international striker, Albian Ajeti, with the West Ham United striker taking time to consider his next move after a disastrous spell in London following his £8million move from Basel last summer.

Where this leaves Griffiths is not entirely clear after seeing Patryk Klimala move ahead of him in the queue behind Odsonne Edouard and the players that are obviously attracting interest from the Parkhead recruitment team.

Lennon claims that the Scotland international is in great shape but given how important the upcoming season is, it looks as though he is placing reliability and stability over loyalty, regardless of what condition he is in.

There is no doubting that a fit and fully focussed Griffiths has the potential to be a key player for Celtic, his form after the winter break last season proves this emphatically, it’s just a matter of whether or not he has ran out of chances and if his manager still has the faith in him needed to regain his place in the starting XI.