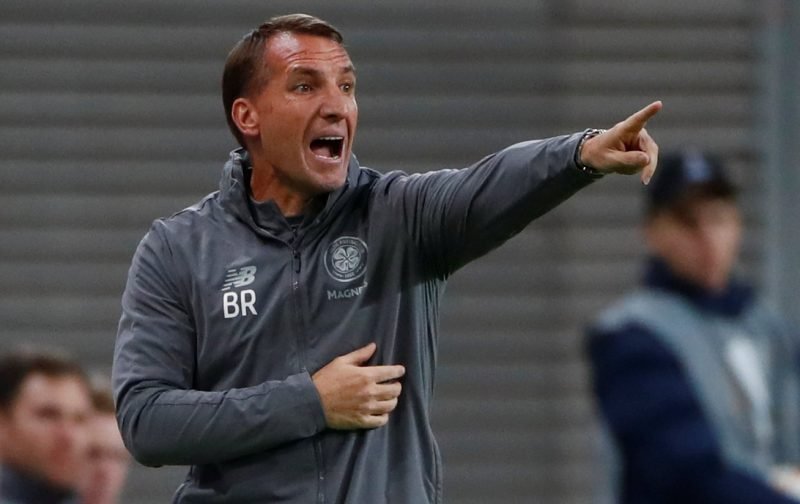 It’s fair to say that it’s a worrying time to be a Celtic fan. On the field, things are going fantastically, but there are rumours off the field that are very concerning.

Indeed, as per Sky Sports, Brendan Rodgers is on Leicester City’s shortlist as they look to replace Claude Puel. Naturally, the prospect of a return to the Premier League could excite the manager, and so there’s always a chance that he could look to leave.

However, former Celtic player John Hartson has recently been discussing the manager’s future, and he seems fairly confident that he’ll remain at Celtic Park.

Though stating that it’s his opinion only, Hartson said: ‘I know that all things eventually come to an end. I just don’t think this is Brendan’s time to go just yet. There is a lot left for him to do at Celtic and I think he is still excited by the challenge of that. He is also still a very young manager. At just 46, Brendan has a lot of time still in the managerial game.’

He continued: ‘I have seen nothing and heard nothing from Brendan that would give me any indication that he is looking for an out.’

Few people know as much about the inner-workings at Celtic than John Hartson, and though, of course, this prediction isn’t based on any particular piece of information, you’ve got to put some stock in what he’s saying. After all, it makes sense.

Why would Rodgers walk out on such an exciting project, where he’s on the cusp of greatness, to try and salvage a Leicester City team that are, make no mistake about it, regressing as a team?

We’re only going one way, and sure, whilst it hasn’t been easy for him at Celtic Park, Rodgers has been able to achieve every task that he’s been set and more – and his team is only getting better.

In a few years, maybe it would make sense. But right now, he’s got everything going for him at Celtic – and Hartson is clearly hopeful that that will work in his favour.