Celtic man singled out for praise despite woeful Scotland performances 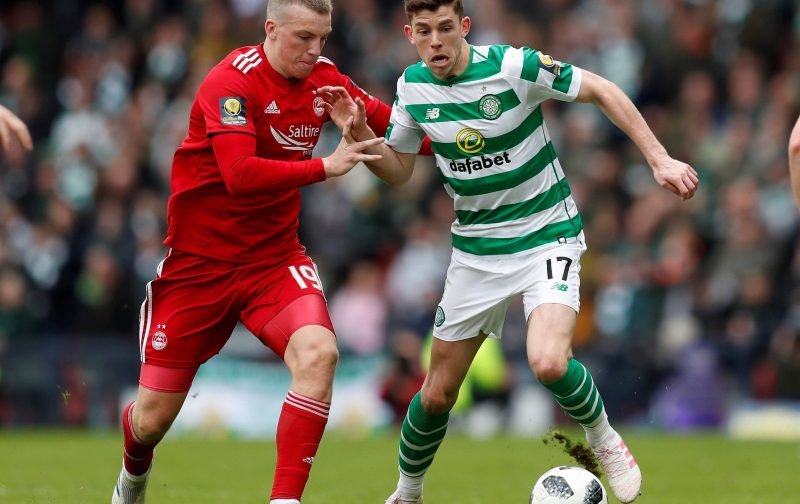 The less said about another fruitless international break for Scotland the better, with the national team once again recording two losses and leaving themselves with realistically way too much to do in the qualifying group.

The Nations League play-offs offer us hope of making it into the EURO 2020 finals but, at the moment, we probably shouldn’t hold out too much hope for that either with the way that the national team is playing.

Certainly, it wasn’t a great couple of games but one man that did impress over the course of the break hailed from Celtic, and that was attacker Ryan Christie.

The player has been excellent in recent months for both club and country with the way he has rolled his sleeves up and extracted every last bit of talent out of his ability.

Indeed, quoted by Football Scotland, that’s not been lost on James McFadden:

“He can see a pass, he is always on for a ball, he demands the ball, he flies into tackles, he’s got so much to his game, he’s got everything in his game for me.

“The most impressive thing for me is his work rate, because at one point he’s in the box, he’s trying to score a goal, they lose the ball, he’s the first one to track back.”

He’s been impressive, let’s hope he’ll keep that up for the months to come.