Celtic star heaps pressure on Rangers ahead of Sunday’s derby 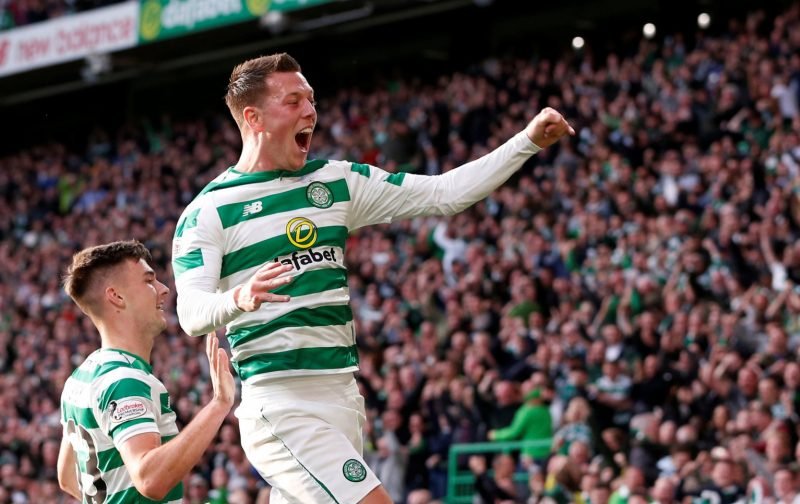 Callum McGregor insists Celtic are travelling to Ibrox pressure-free this weekend, believing Rangers are the team that have it all to prove, as reported by The Scottish Sun.

The Hoops will arrive in Govan as eight-in-a-row league champions, having also secured the Scottish League Cup this season.

With a potential treble on the cards for the Hoops, Rangers are again firmly in our shadow and McGregor believes that makes this fixture a must-win for Steven Gerrard’s side.

As quoted by The Scottish Sun, the midfielder said:

There is always a bit of spice in the fixture. It’s good we are going there as champions, full of confidence and playing well.

We go there with good confidence — not arrogance at all — just confidence that if we turn up on the day and play well then we can hope for a good result.

McGregor will know as much as anyone there is still some expectancy from Celtic supporters to get the job done against Rangers.

These derbies are never nothing matches and a victory at Ibrox will be a perfect way to carry momentum towards a huge Scottish Cup Final against Hearts at the end of the month.

Defeat last time at the venue will surely be playing on the minds of the Celtic players too, with stalwarts like Scott Brown surely keen on embarrassing the Gers in front of their own supporters.

McGregor is right though, this match is huge for our opponents and Steven Gerrard, much bigger than it is for us. If we pick up all three points, serious questions will again be asked about the direction they are heading in.

How do you see Sunday’s match at Ibrox going? Have your say in the comments below…