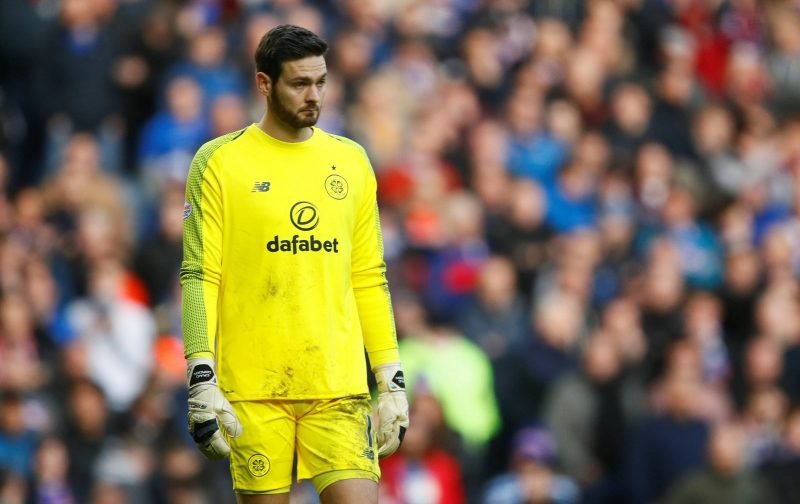 Neil Lennon’s goalkeeping drama took an expected – but disappointing – turn for the worst after Craig Gordon confirmed his departure from the Parkhead club.

The Daily Record has reported the stopper’s post on Instagram where he gave a heart felt thanks to those who had helped him rise from football’s scrapheap to return to Champions League and international football.

The goalie, heavily tipped to return to his boyhood and hometown club, Hearts, was well aware of the gamble that Celtic took on him in 2014 after, infamously, training and rehabilitating with Rangers prior to his arrival in the east end of Glasgow:

“The last six years have been the most successful period of my professional career, and I would like to thank everyone who has played their part in making this possible.

“The club, for initially taking a chance on someone who hadn’t played in nearly three years. And to Woodsy for encouraging me to make the move in the first place, and for training me ridiculously hard ever since. I’ve had the pleasure of playing alongside some brilliant team-mates – who without, my time at the club would have been very different.

“The fans, for their support. Home, away… all over the world. Thank you.”

Gordon now leaves Lennon with just Scott Bain as a senior option for between the sticks after Fraser Forster returned to Southampton, and with the Saints said to be wanting another look at the former England keeper, it could be some time before any chance of a return is possible – if they decide to let him leave –  with his younger colleagues failing to impress at St Mary’s of late, a departure seems less likely by the week.

Celtic will now have to be pro-active in securing a replacement given the importance of the season ahead and Hoops fans face the very real prospect of having a new number one lining up behind the cast iron defence when the 2020/21 season kicks off – if they are as successful as Gordon and Forster, the Paradise faithful have nothing to worry about.