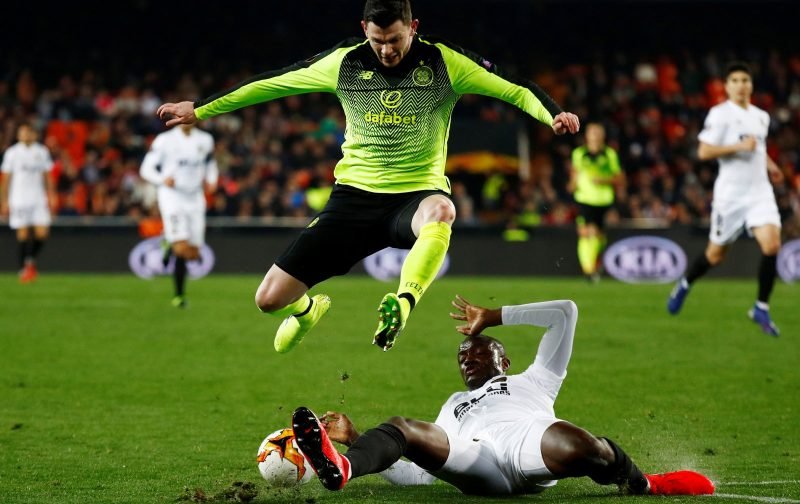 Hoops forward Oliver Burke is entirely focused on his own game and helping Celtic while on loan at the club, completely unfazed by the dramatic departure of Brendan Rodgers, as reported by The Scottish Sun.

The on-loan West Bromwich Albion man has made a great impact in the first-team since being signed by Brendan Rodgers in January.

However, some wondered whether his form would be quite as good now he is working under a new coaching staff and manager, with his arrival thought very much to have been driven by the now Leicester City boss.

Burke though is not troubled at all by Rodgers’ departure.

As quoted by The Scottish Sun, he explained:

As long as I’m playing football and enjoying myself I don’t care who the manager is.

I wouldn’t say I was disappointed that Brendan has gone. Personally I’m still happy here. I’m enjoying my football. It’s a massive club with great fans.

I still feel I can learn a lot from the new manager and I’m looking forward to working under him.

It’s positive to hear he is as happy working under new boss Neil Lennon as Rodgers.

Burke has scored four goals and assisted three times so far and if he can continue to contribute in that manner between now and the end of the season then it’ll have been a very successful loan indeed.

The chances of signing him permanently seem slim at this point, but he certainly appears to be enjoying his time in Glasgow, even after finding himself caught up in unnecessary drama.

If anything, Rodgers’ departure appears to have galvanised the support and the players together, with everyone moving forward with a clear focus on winning an unprecedented treble treble.