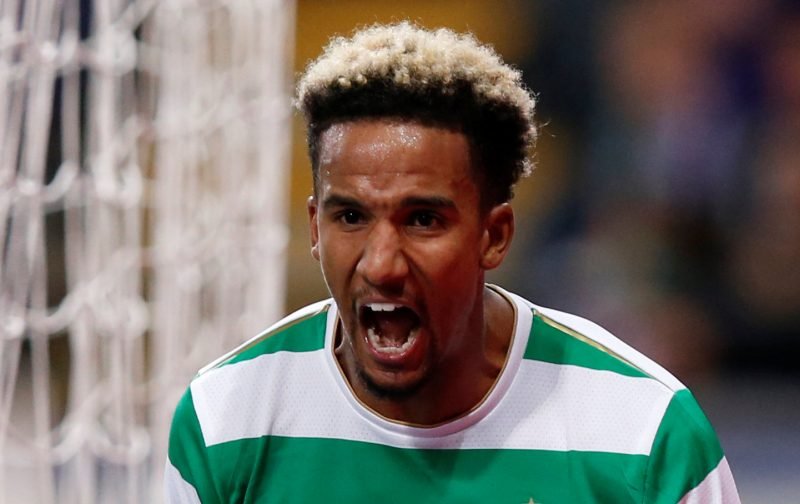 Celtic thumped Partick Thistle 5-0 in mid-week and one of the highlights was a return to first team action of Scott Sinclair – he took to social media to express his delight at scoring.

“Oh I’ve missed this feeling” unbelievable reception from the fans, I will continue to keep fighting for this shirt???? pic.twitter.com/lkWHtQJpkn

Sinclair’s future has been up in air since the end of last season when the Parkhead club took up the option of extending his contract. There appeared to be friction when Sinclair looked as though he was on his way out only for prospective moves to fall through.

He has had very little game time this season but has still managed to score 2 goals in 5 appearances, but this is in just 80 minutes of football. A player with Sinclair’s record will add fire power to an already dominant Celtic front line.

Despite the early season fall-out, recent weeks has seen a softening from both sides. Sinclair has been prominent in his attempts to work his way back into the first team and Neil Lennon has offered the proverbial olive branch via The Daily Express.

After his exploits against Partick Thistle it looks like Sinclair’s return has been sealed and Hoops fans can’t wait to see more of him.

Celtic fans took to twitter to express their delight at the goal scoring return of the frontman.

great attitude scotty… no spitting the dummy out or nothing well done game time and doing what u do best ????

A fantastic attitude like this is a great example to any player not getting a game. Scotty’s stats simply speak for themself. He can’t be ignored.

Can’t be many if any player in the current squad who doesn’t already have one that is more deserving of a pin. His winner v Hearts set the tone for 3 years of total dominance. His contributions are criminally underrated and his attitude even when near frozen out is exemplary. pic.twitter.com/p7J4BwP0Va

So happy for you yesterday Scott. You should be a regular on the team sheet.

Celtic’s leading scorers since the beginning of the Treble Treble run. pic.twitter.com/N6dK4qTnFZ

The fans want you that’s for sure ???? we don’t forget goals or what you’ve brought to the club ????