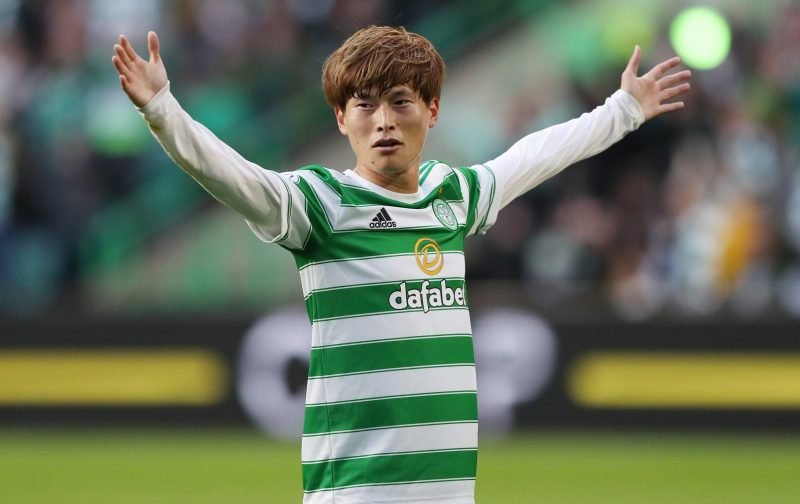 Kyogo Furuhashi has without doubt lit up the Scottish game.

Not only with his footballing ability but also his infectious personality and his clear enthusiasm just to play football.

What Celtic fans also love about the brilliant Japanese striker is his ability to shrug off some of the heavy handed tactics some defenders try to use to keep him under control.

But today he revealed in a pre match World Cup interview how he approaches the game and how he tries to outsmart defenders.

The Scottish game is physical and quick and as foreign players sometimes struggle to adapt to our game, Kyogo has revealed his answer to dealing with the physicality of the SPFL, “That is a feature (of Scottish football), so I use my movement to outsmart the opponent.

“I hate it if I can’t continue a run, and there are some players who are good at lowering the opponent’s line and receiving it in the space.

“So if I can do that movement as well (against Australia).

“What you can do is run in the offence and defence, and in attacks you can create space by continuing to move aiming for space and get closer to the goal.

“I think that going from the front to the pressure will give the team a good chance.”

And clearly it has worked. With eight goals in eleven appearances so far in the Hoops, Furuhashi has instantly become a firm fans favourite and the Celtic supporters will be willing him to return from international duty unscathed.