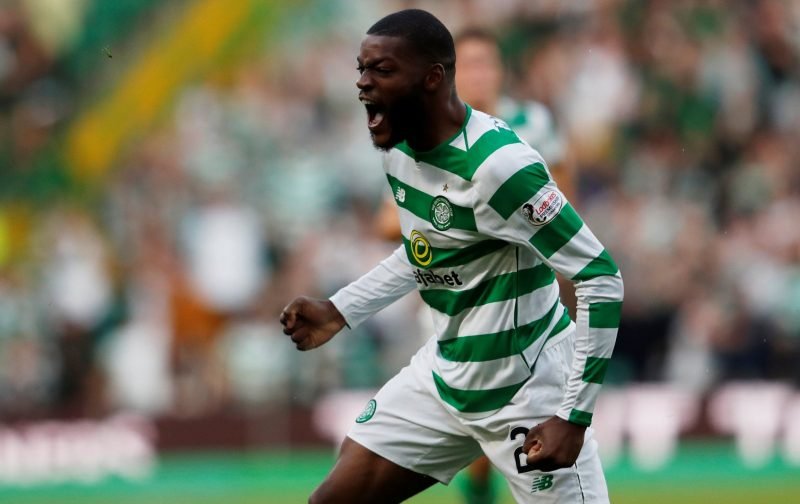 Olivier Ntcham looks set to sign a new contract at Celtic after the club managed to fend off interest in his services during the summer transfer window.

Celtic manager Brendan Rodgers confirmed earlier this week that talks were underway with the player, hoping that there would be a conclusion on a new deal soon.

A number of clubs have shown interest in him over the last couple of months after a stellar first season at the Hoops.

His form since the turn of the year has mostly been exceptional, something he’s managed to carry into the new season.

As quoted by The Daily Mail, the Celtic boss said:

There was interest in Olivier but we sat down with him and his representatives and talked through the plan. He’s been here one year and it shows the development he’s had with the interest shown in him.

We’re not ready to sell. When we took Olivier here there was a plan for him and his situation has come up a little bit early than what we’d have thought.

Him and his representatives are in discussions about a new deal so hopefully that could be finalised soon.

After the dramatic furore surrounding Moussa Dembele’s departure and Dedryck Boyata’s situation, it’s heartening to see the club at least pro-active when it comes to Ntcham.

Dealing with the buying and selling of players is constantly a learning process and while the summer window was mostly a disappointment for supporters, hopefully a new way forward can be found.

Signing Ntcham down to a new long-term deal would be a great start, even if there’s an admission he will end up leaving the club over the next couple of years.

Does Olivier Ntcham deserve a new lucrative contract at the club just over a year after arriving? Share your thoughts in the comments below…