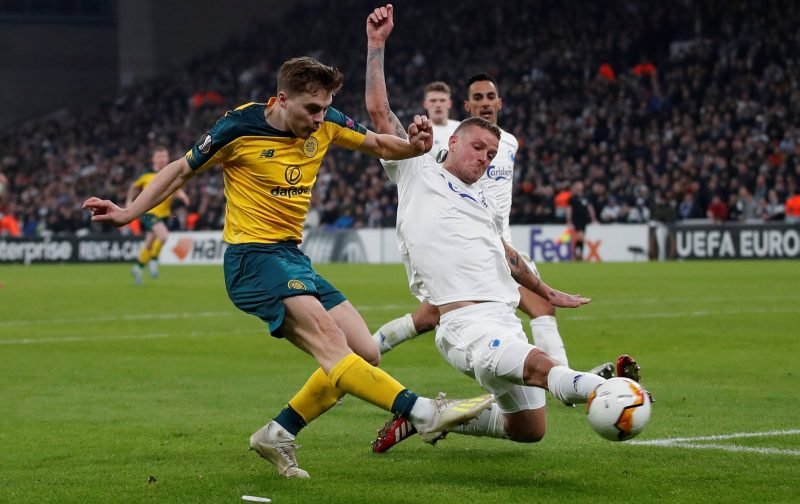 Celtic winger, James Forrest could be forgiven for resting on his laurels given that he has just added his name to an illustrious list but he is “desperate” to go again and add to his trophy haul.

The 28-year old, speaking to the club’s official website (and reported by the Glasgow Evening Times), was reflecting on winning 9-in-a-row after the SPFL voted – unanimously – to call off the 2019/20 season.

“To win nine-in-a-row, to play in all seasons and to be in the same company as the likes of Broony, Bobby Lennox, Billy McNeill and Jimmy Johnstone, that’s why you want to play, and keep playing, at a club like Celtic.

“Once you finish, you’ll look back on it fondly, but when it’s still going just now, you want to keep working as hard as you can to keep adding to that and being in amongst it.

“Now that the league’s been called, we’re desperate to start preparing for next season. Once we are able to start back, the boys will be raring to go.

“Every year with Celtic there is always pressure right from the start of the season. We’re always expected to be challenging for the title and the cups. For us, next year won’t be any different.”

Forrest’s attitude is commendable if not unsurprising, he hasn’t always been a fans favourite and has suffered dips in form during his Celtic career but has always fought back and became stronger.

In recent years he has won national player of the year awards and cemented himself as one of the first names on the Scotland team sheet, with 51 goals and 52 assists over the last three seasons he has proven himself to be an integral part of, first of all, Brendan Rodgers side and now Neil Lennon’s.

His ability to adapt to Lennon’s formation change and play as a right wing-back only further enhances his claims as one of Celtic’s key players and few would grudge him if he is near the front of the queue when the Scottish Premiership trophy is being lifted and 10-in-a-row is secured.