Pundit hails impact of Celtic star who “came from nowhere” 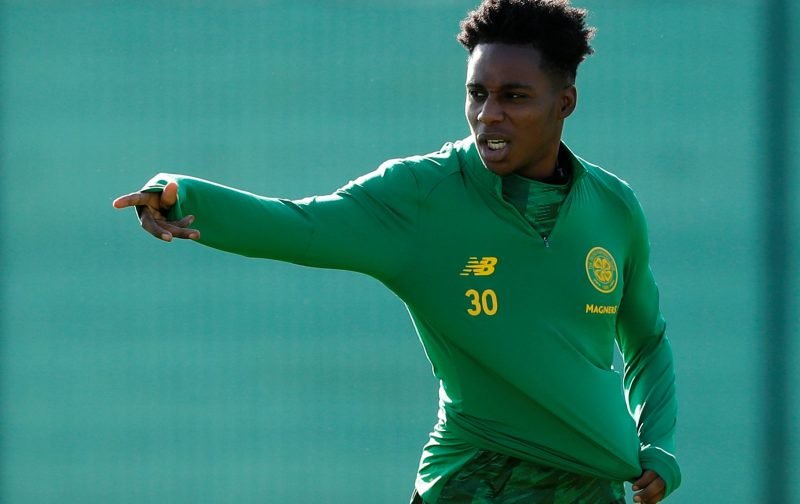 Former Rangers full-back, Alan Hutton, has been hugely impressed with one Celtic star in his debut season in Scotland despite having no previous experience of senior football.

Speaking to Football Insider, Hutton raves about the impact that Jeremie Frimpong has made and sees him as being “one for the future”.

The retired Scotland international knows the position well so is perfectly placed to comment on the youngster’s rise to prominence:

“Frimpong’s been a revelation this season, he came out of nowhere – he wasn’t even in the European squads.

“He’s gone from strength to strength, he looks like a very talented player – one for the future. He’s very exciting.

“He’s the new mould of full-back – the Trent Alexander-Arnold, the Andy Robertson, that type of player where you’re playing in such a good team your main focus is going forward. They’re so strong at the back it allows him to just concentrate on going forward.”

Neil Lennon wouldn’t have expected Frimpong to make the impact that he has in his debut season having initially been part of the academy side at Parkhead.

Hutton is right, Frimpong has been a revelation, the contrast to Mikael Lustig couldn’t be more stark, the Dutch Under-21 international is – as the former Premier League defender says – “the new mould of full-back” who carries an immense attacking threat.

There are aspects of his game that require work, like over committing himself to challenges that he can’t win, but he will develop this in time.

Despite speculation linking Celtic with Brandon Soppy at Rennes, Frimpong is perfect for the right wing-back role for Lennon’s side, however, it is one he will have to share with James Forrest for the time being but his potential means that it shouldn’t be long until he makes the position his own.